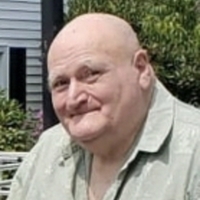 Raised in Boylston, Wes graduated from Boylston Schools. After graduation from High School Wes, joined the U.S. Marines at the age of 20, serving his country proudly for four years including two tours of duty in Vietnam. Upon discharge and return home,  Wes attended Lasalle University school of law and joined the Massachusetts Air National Guard, Marine Reserve and later the Army National Guard, where he served as a member of the 1st Bn 181st infantry, retiring as a SFC, after a total of 23 years of service to his country.

In 1966, Wesley married his Love, Leticia Capus, and began a 54-year journey together raising their family. Forty-three of those years in Shrewsbury. Wesley earned his living for his family as a member, and past shop chairman of the Bakery, Confectionery and Tobacco Workers union local 50. He worked 25 of those years for the Nissen Baking Company as a Food Plant Warehouse supervisor retiring in 1992.

Wesley was a member of the Wesley United Methodist Church, The Bakery, confectionery and tobacco workers union, Life member of the Disabled American Veterans, American Legion and Veterans of Foreign Wars associations, the Athelstan Lodge of Masons and 32nd degree member of the Scottish rite bodies in Springfield.

Due to the current situation, funeral services will be held privately.  A memorial service will be scheduled in the future.

In lieu of flowers contributions in his name can be made to the Central Mass Vets Inc, 60 Grove Street Worcester, 01608.

The MERCADANTE FUNERAL HOME & CHAPEL, 370 Plantation St is honored to assist the family with arrangements.

Friends of the Shrewsbury Library to host Boston Globe columnist