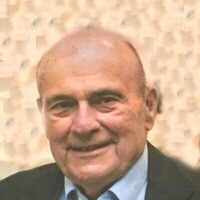 Shrewsbury/Harwich – Colonel Roger G. Samia, U.S. Army (Ret), 81, of Shrewsbury and Harwich, passed away surrounded by the ones he loved on Saturday May 9, 2020 after a period of declining health.

Roger was born in Worcester, Massachusetts, on May 25th, 1938. He was one of two sons to Edward G. and E. Rachel (Kaneb) Samia. He attended North High School and graduated from Worcester Academy. Roger earned his Bachelor of Arts degree from the Military College of Vermont, Norwich University in 1961. Commissioned as 2nd Lieutenant upon graduation, he became an Armor officer and Tank Platoon Commander stationed in Munich, Germany.

Upon discharge from active duty, he returned to Worcester, and worked for Texaco Oil before founding his own company, Cat-Val, Inc., on Southbridge Street. He nurtured and built his business on the principles of hard work, integrity, and excellent customer service over the next fifty years, before retiring in 2018.

Roger continued to serve his country, becoming a member of the Massachusetts National Guard, rising through the ranks and retiring as Commander of the 2nd Battalion, 181st Infantry with the rank of Colonel after a total of 28 years of service.

A devoted Norwich alumnus, Roger was always involved in Norwich and the affairs of the Class of 1961 from the day of his graduation. He was a member of the Norwich University Alumni Association, Board of Fellows, active in both class reunions and volunteer committees, and a local mentor for young adults interested in attending Norwich.

Devoted to his Eastern Orthodox faith, Roger was an active member of St. George Orthodox Cathedral. He was a member of the Board of Trustees, Men’s club, Building Committee, Superintendent of Sunday School, and a volunteer at church functions. Roger coached Little League for twelve years.

He was a strong family man with a huge smile, great sense of humor, a firm handshake and wisdom to guide anyone who needed advice. He enjoyed his time spent on Cape Cod and travel adventures with Nancy.

Roger is survived by the love of his life and best friend, Nancy M. (Ellms) Samia, with whom he would have celebrated 58 years of marriage on June 9th.

He loved and adored his three children and their families: Karen S. Benway, her husband Charles and their children, Elizabeth, Andrew and Matthew of Westford, Steven E. Samia, his wife Deborah and their children, Alexis LeBlanc, Mariah (Adrian) Gumienny, Lauryn and Paige of Dudley, John R. Samia, his companion Kimberly Stowe and their children, Thomas and Catherine Samia, and Micaela Stowe of Shrewsbury. He is also survived by his brother-in-law and sister-in-law, George and Barbara Ellms of Spencer.  His love extended to his many nieces, nephews, extended family members and a host of friends. In addition to his parents, he was predeceased by his brother, Colonel (Ret) Robert K. Samia, daughter-in-law, Ellen (Donovan) Samia, and sister-in-law Carol E. Ellms.

The family wishes to thank Dr. David Lyons and the many medical specialists at UMass Memorial Medical Center University Campus, and Jewish Healthcare Center home care professionals, for their compassion, care and support.

Due to the COVID restrictions, a private family service will be held on Friday, May 15th at 11:30 am in the MERCADANTE FUNERAL HOME & CHAPEL, 370 Plantation St. The service can be viewed live online by going to www.mercadantefuneral.com and clicking on live services. Burial with full U.S. Army military honors will follow in Mountain View Cemetery with social distancing. A celebration of life will be held at a later date.