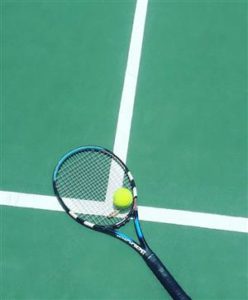 Westborough – The Board of Selectmen and Board of Health heard from Recreation Director Jennifer Kirkland regarding opening up tennis courts and pickleball courts at their joint meeting Tuesday night.

Walsh said tennis courts explicitly fall under the outdoor recreational guidelines put forth by the state, with a May 25 opening date as part of Phase I. Because the Board of Health closed down certain town facilities – including the courts – back in March, they made a broad vote to follow state guidelines for reopening of all kinds of facilities going forward.

There was some discussion about putting up appropriate signage encouraging people to follow social distancing guidelines and Kirkland said she has considered taping off six-foot sections outside the gate.

Kirkland said she’s already had about 20 calls from people looking to use the courts.

“If we find too many people showing up and not proactively social distancing, we will close them back down,” she said.

That spurred a discussion about possibly setting up an online sign-up policy to use the courts, and what the town’s responsibility was to enforce such a thing. BOS Vice Chair Shelby Marshall said at some point, people have to take personal responsibility for their actions.

BOS Chair Ian Johnson agreed, saying that unless the courts are staffed, it is difficult to manage enforcing anything.

Spirit Committee Chair Roberta Brown approached the boards to inform them of updates regarding a car parade on Saturday, June 6 at noon for the graduating seniors, and to seek guidance regarding event coordination.

She relayed a proposed parade route, and said that it had been decided parents will drive and seniors can ride in the passenger’s seat. In response to an inquiry, she said about 90 percent of seniors have a parent with access to a vehicle, and they were working to figuring out how to safely include the other 10 percent.

She said the rotary would be decorated, businesses would decorate their storefronts, the marching band would play distanced on the high school field to kick off the parade and there may be a DJ on the rotary.

“I just want everyone to be safe and to enjoy their day and have a good time,” she said.

It was agreed that if people stay in their cars, they would be safe. There was some discussion however about how to keep spectators safe, and what to do if people got out of their cars. It was determined people should definitely wear masks.

“Ideally masks are a secondary feature for when people can’t be six feet apart,” Board of Health Chair Dr. Alan M. Ehrlich said. “It makes sense for spectators do both…What you have to ideally prevent is friends getting together and being too close and you have to take human nature into consideration. So I think the masks are indispensable in this situation as a backup.”

There was also discussion about how to prevent a bottleneck situation of spectators along the parade route, and it was suggested that the route be extended to allow for more mileage, and include streets that have sidewalks as much as possible.