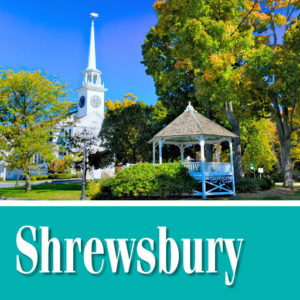 Shrewsbury – Shrewsbury Police Chief James Hester will be retiring at the end of June.  Town Manager Kevin Mizikar made the announcement at the May 26 Board of Selectmen meeting.

“You all know that Jay has spent virtually his entire career here with the town and served in the rank of Patrol Officer, Sergeant and Chief and has performed above and beyond in the line of duty in each and every position that he has served,” Mizikar said.

Mizikar said he had known of Hester’s interest in retiring for quite some time but because of the COVID-19 pandemic a formal announcement had been delayed.

In terms of recruitment, Mizikar said that he felt very strongly that a number of officers from within the department would make excellent chiefs.

“I will be developing a formal process but will more than likely not extend the ability for anyone to apply outside the current organization,” he stated.

Mizikar made it clear that Hester’s retirement has not been influenced by the pandemic but had been something that the chief had been thinking about since the beginning of this year. He will remain in his role through the end of June.