I received a call recently on my new listing at 214 Brewer Street in Northborough. The caller asked: “What’s the catch? Why so cheap?” After a moment, the caller asked, “Are you there?” I remember saying, “Yes, yes I’m here.” The price of $629,900 in Northborough is not all that cheap so I wasn’t sure if I was being punked. 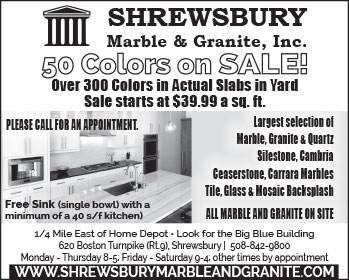 OK, so most agents are trained to screen these types of calls to quickly determine if they have a tire kicker on the line or whether the inquiry is the real deal. Prodding further to determine what I was dealing with, I asked Warren what prompted his call. Warren couldn’t believe that he could possibly own a 3,300-square-foot home on a 1.5-acre lot that “could accommodate 18 houses in his Boston neighborhood” for half the price of his current rental payment. He seemed skeptical, yet delighted that there were not one but four car garages on the property because he would need to resume guarding his on-street parking spot once the city opens up.

An avid swimmer, Warren went on to say he “cringes at the thought of sharing a pool with strangers, if the community pool even opens up this summer.” The in-ground heated pool at 214 Brewer was another big draw for him. Ease of commute for the occasional trip back into Boston was high on the list as well.  I was beginning to see why Warren had called me. To assure him he wasn’t alone, and since Warren clearly was going stir crazy and wanted to talk, I read some excerpts from recent publications.

Industry expert George Ratiu, Senior Economist at Realtor.com stated: “With the re-opening of the economy scheduled to be cautious, the impact on consumer preferences will likely shift buying behavior…Consumers are already looking for larger homes, bigger yards, access to the outdoors and more separation from neighbors. As we move into the recovery stage, these preferences will play an important role in the type of homes consumers will want to buy. They will also play a role in the coming discussions on zoning and urban planning. While higher density has been a hallmark of urban development over the past decade, the pandemic may lead to a re-thinking of space allocation.”

Furthermore, researchers at the Harris Poll – a firm of social scientists and strategists – recently conducted an online survey of 2,050 U.S. adults nationwide that asked whether they would consider moving to less-populated areas once the pandemic ended. Nearly 40 percent of U.S. adults, the majority between the ages of 18 and 34, living in urban areas indicated they are considering moving out of densely populated areas and toward rural areas.

Warren and his fiancée will be coming out to view the new listing at 214 Brewer Street and a few other “affordable McMansions” as he calls them. Warren and I both agree with the industry experts and expect to see the trend from urban to suburban living increase as social distancing becomes a way of life.  This is great news for homeowners and potential home sellers as property values will remain strong and only increase as inventory remains low.

If anyone out there is feeling a little stir crazy and wants to talk real estate, I am all ears! Be well and be kind everyone!