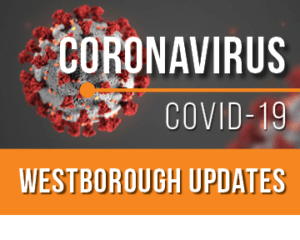 Westborough – During a meeting with the Board of Selectmen (BOS) May 26, the Board of Health (BOH) reported businesses were opening in accordance with the governor’s phase one restrictions.

“We are optimistic and hopeful opening up doesn’t lead to a surge to where we were a few weeks ago,” BOH Chair Alan Erlich said.

Director of Public Health Steven Baccari and Sanitarian Ray Gauthier both said the BOH has been getting an increase in complaints of people not wearing masks, and they were spending significant time following up on those complaints. Both said their follow-up is typically in the form of education and understanding.

“Sometimes people just forget,” Gauthier said. “We have to have a little bit of understanding. We aren’t yelling at people; we talking to them, explaining to them to why they have to wear masks.”

Hashmi said he’s been getting complaints from people in apartment complexes about people not wearing masks in common areas, like hallways and elevators. Gauthier said that in all of the complexes there are signs on elevators saying only one family at a time should be riding, and that masks are to be world in public areas.

Recognizing that not everyone watches BOH meetings, Selectman Leigh Emery suggested a video on the website and cable station explaining the current COVID-19 restrictions.

Although the BOH workers said they haven’t run into trouble with the public yet, BOH Member Nathan Walsh encouraged them to reach out to the police department if they are unable to do their job in responding to complaints. Walsh himself said he’s had some run-ins with conspiracy theorists who don’t believe in wearing masks.

“We do have some people out there that are averse to any sort of thing the board or governor could put in place,” he said.