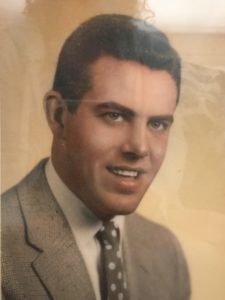 Worcester – Cornelius G. Gleason, 94, of Worcester, formerly of Shrewsbury, passed away peacefully at his residence surrounded by his family on Monday, June 8, 2020. Son of John G. and Elizabeth V. (Corydon) Gleason, he was raised in Worcester where he attended and graduated from Commerce High School.
Con was a loving husband and father, marrying the love of his life, Mary Louise (Murphy) Gleason in 1964. They settled in Shrewsbury where they raised their family and resided for 48 years. He worked for over 25 years as a photoengraver for the Worcester Telegram and Gazette. He was an active member of his union where he served as President and was a longtime member of the Shrewsbury Knights of Columbus, Adelphia Council #4181. After retirement from the newspaper, he opened Suburban driving school in Northborough.

Relatives and friends are respectfully invited to attend his Mass of Christian burial on Saturday, June 13, 2020, at 10:00 am in St. Mary’s Church, 640 Main Street, Shrewsbury. Interment will follow at Mountain View Cemetery, Shrewsbury.