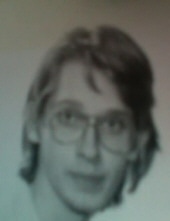 Waterbury, Vt. – Mark W. Davis of Waterbury, VT, formerly of Shrewsbury, passed away at his residence on June 17, 2020. He was 65. He was the son of the late Ronald and Marguerite (Racicot) Davis of Shrewsbury.

He leaves his sister, Elaine Davis Reid of Shrewsbury; his niece Abigail Reid of Boston; his nephew W. Curtis Reid of Shrewsbury; his cousins, P. Jeffrey Davis of Palm Springs, CA; and Erika Davis Wade of Worcester and her children, Alison Wade of Brooklyn, NY; and Julian Wade of Worcester. He also leaves his dear friend, Kelly Davin of Stowe, VT.

Mark was a graduate of Worcester Academy and Hampshire College in Amherst, MA. He studied art at the Pratt Institute in Brooklyn, NY and later lived in NYC for several years before moving to his beloved Vermont. He became a certified wine master and a culinary arts specialist, and was an instructor at the New England Culinary Institute in Montpelier, VT for many years until his retirement several years ago.

Mark had served on the Board of Directors of Davis Publications, Inc., in Worcester, MA for over thirty years. More recently, he served in a volunteer capacity with the Vermont Association for the Blind as well as the Brain Injury Association of America.

Mark had a great wit, and enjoyed engaging in intellectual discussions. In his younger years, he loved to play golf and sail on his sailboat on Cape Cod. He will be deeply missed by his family and close friends.

A celebration of Mark’s life and interment at Hope Cemetery, Worcester will be held at a later date,