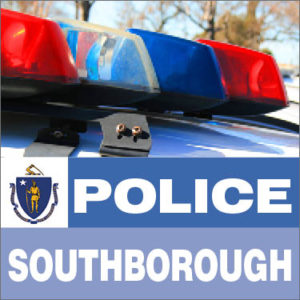 Southborough – A Southborough police sergeant was stabbed in the back in the lobby of the Public Safety Building at about 9:50 p.m. last night, according to Worcester County District Attorney Joseph D. Early Jr.

Sgt. James Deluca was taken to the UMass Memorial Hospital in Worcester where he was treated and released early this morning. Sgt. Deluca was interviewing a man about some alleged threats when he called for a mental health clinician to evaluate the man. The clinician recommended further evaluation at a hospital. While Sgt. Deluca was taking an inventory of the man’s belongings, he was stabbed with a folding knife. The knife penetrated the sergeant’s protective vest, which likely prevented more serious injury.

The alleged attacker fled the building but was apprehended a short time later. He was transported to Marlborough Hospital and then Bridgewater State Hospital where he is being held. He was charged with assault and battery with a deadly weapon.

The State Police Detectives assigned to the Worcester County District Attorney’s Office are investigating. No other information will be released at this time.