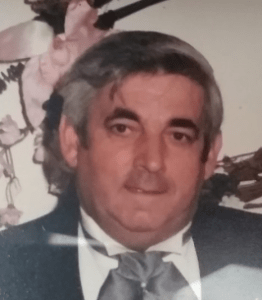 Shrewsbury – Robert F. “Bob” Angell, 80, of Shrewsbury died in his home surrounded by his loving family on Friday June 19, 2020.

Bob as he was known to his family and friends was born in North Smithfield, Rhode Island, son of the late John W. Angell, Sr., and Olga (Poznaski) Angell.

He attended High School and then began a career in the trucking industry. He owned and operated his own truck and trailer and hauled heavy equipment for various companies throughout the United States for many years before he retired twenty years ago. On several of those bi-coastal travels, his wife Phyllis joined him on the road. When not traveling in his truck, Bob enjoyed tending to his vegetable garden at the homestead on Avon Ave in Shrewsbury.

A private graveside service will be held on Thursday June 25, 2020 in Mountain View Cemetery in Shrewsbury. BRITTON-SHREWSBURY FUNERAL HOME, 648 Main Street, Shrewsbury is honored in assisting the Angell family with arrangements.