Shrewsbury – Joseph Godfroi Vaudreuil moved to Worcester in 1868 at the age of 18.  He quickly became involved in the building and construction trade, going on to be the owner of his own firm, which built many notable structures in the city, including Worcester Academy.  He built a fine residence in Shrewsbury, right on the Lake in Edgemere, on what is now known as Norcross Point, known as the Villa Vaudreuil.  He was involved in many different civic groups and was also the president of the Quinsigamond Steamboat Company.  At one point he was known as “Commodore Vaudreuil.”

Many years later, the Villa Vaudreuil became a restaurant/hotel, which we now know (from the matchbook cover shown here) also included overnight cabins.  Some (now deceased) residents that grew up in Edgemere remember wealthy men driving fancy convertibles, in the late 1920s, early 1930s) with “floozie” ladies visiting the premises!  Today the Villa Vaudreuil, along with almost all of the old-time club houses and fancy residences around the Lake, is long gone. 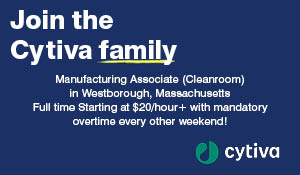