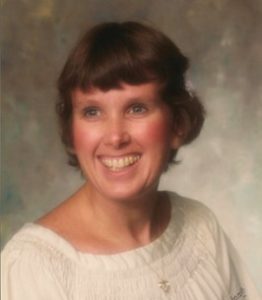 Westborough – Grace G. (Cullen) (Guy) Mowczko, 77, of Westborough, formerly of Northborough, passed away peacefully at the Miriam Boyd Parlin Hospice Residence on Monday, June 29, 2020. At the time of her passing Grace was surrounded by the love of her family.

Grace was born in Springfield, MA and raised in Glens Falls, NY where she attended St. Alphonsus Regional Catholic School, prior to her family relocating to Stonham, MA. She was a graduate of Stoneham H.S., Class of 1961 and studied at Merrimack College. At age 20 Grace married Thomas D. Guy. Together they and their beloved daughter Tracy, lived in Massachusetts for a short time prior to relocating to New Jersey. The family then lived in Westmont, IL, before Grace and Tracy returned to Northborough in 1977, to be closer to family.

In 1982, Grace married Michael Mowczko, and together they were looking forward to celebrating their 38th anniversary this September. The couple resided in Northborough until 1997, when they relocated to their present home in nearby Westborough. Grace worked several years at Leland Insurance Agency in Northborough and together with Michael, operated Vintage Collectables of Northborough and later of Westborough. Grace enjoyed the friendships formed during the time she was the local Avon and Longaberger Baskets representative. Grace was well respected for her honesty, integrity and generosity, and most notably, the ever-present smile and positive outlook she offered to all. Grace and Michael enjoyed to traveling together, especially cruises to Bermuda and the islands. In her later years she was a member of St. Luke’s Parish cancer support group and was an active participant in the Westborough Senior Center.

Always one to give back, Grace was a volunteer for many years at local nursing homes and senior centers, served as treasurer for the Assabet Valley Council on Aging transportation and bussing department, was a longtime active member of the Northborough Historical Society, and a former member of the Northborough Jr. Woman’s Club. Grace had a great appreciation for music and was an accomplished 1st chair cellist; being invited to play with the Boston Symphony Orchestra. She enjoyed teaching music and sang with the Northborough Community Chorus for over 20 years.

In addition to her devoted husband Michael, Grace is survived by her loving daughter, Tracy G. Davis of Sudbury; her two granddaughters whom she adored, Morgan and Campbell Davis; a sister, Rosemary Shelton and her husband Dwight of Peterborough, NH; a brother, Robert Cullen of the Metro DC area and her lifelong friend, Maureen Grady of Foxborough, and Daniel Salvati, Sr. of Northborough. Grace was preceded in death by her sister, Kathleen Salvati.

Services at this time are private, for the family. A time to gather to remember and celebrate Grace’s life will take place at a future date.