Nothborough – Welcome to “Reincarnated Antiques.” With the demolition of antique properties in Northborough a fairly regular occurrence, it seemed that it was time to recognize owners who have found creative reuse options for their antique properties.

Today’s properties are 17 and 19 South Street.  These two adjoining structures are currently owned by Dr. Cynthia Poulos, where she runs her Classique Medical Spa business. Dr. Poulos purchased the buildings because of their great location in the center of town, value, unique structures and an opportunity for preservation. She acknowledged they both presented significant challenges to renovate while complying with current building codes.  When asked if she would do it again, she said she would make the same decision today.  The 17 South Street property was purchased in 2000 and is now used as a plastic surgery clinic on the first floor and a medical spa on the second floor. The 19 South Street building was purchased in 2003 and is now used as her surgical facility. 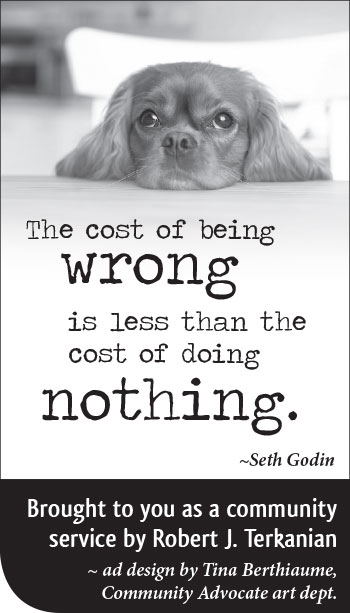 Both buildings were built at very different time periods, resulting in significantly different architecture and initial uses. The 19 South Street building was built circa 1850 as a residence with a Federal design and is known as the S. Jerauld House. The property remained in the Jerauld family into the 1870s. The 17 South Street building was built as a hardware store in 1907. The building is typical of the commercial architecture of the period in its sitting directly on the sidewalk and its use of a parapet to increase the apparent height of the building and conceal the roof.

17 South Street is well known as “Northboro Hardware.”  This town institution was built by Walter J. Bigelow for his hardware and plumbing business. The second floor had a large open room. From 1910 to 1924 the Northborough Historical Society housed their collection of artifacts there and called it “Bigelow Hall.” In 1927, Mr. Bigelow sold the business to John Fairley. John and then his son, Arthur, ran Northboro Hardware until it closed.

Arthur Fairley was well known and well respected in town. During middle school, he started working there for his father.  He focused on customer service. Customers would walk to the counter and Mr. Fairley would help them decide what they needed and then walk into the stacks to retrieve the merchandise. During Arthur’s ownership the second floor was run as a dance studio by the Mongeons. Many fond memories were recently mentioned about Arthur’s generosity and the dance studio in a recent “I Grew up in Northboro, Massachusetts!” Facebook posting. In 1992, at the age of 64, Arthur decided to close the business.  He found customers were more interested in do-it-yourself shopping at the Big Box hardware stores. Mr. Fairly passed away in 2014.

This example of “Reincarnated Antiques” reveals how two very different antiques can be saved from demolition when a creative buyer is found who recognizes the value of preservation. Thank you Dr. Poulos for preserving Northborough history.