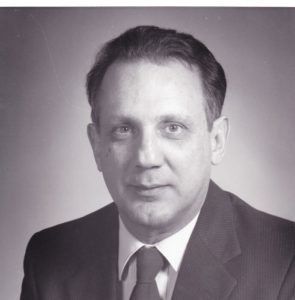 Born in Medford, he was a son of the late Santo and Germaine (Gaillard) Gionfriddo.  He was raised and educated in Medford. He had both a Bachelors and a Master’s Degree from MIT.

Mr. Gionfriddo served as a first lieutenant for the United States Air Force during the Korean Conflict.

Prior to retirement, Maurice was employed as an aeronautical engineer at the U.S. Army Natick Laboratories. After retirement he started consulting and his current endeavor was founding the aeronautics company Logistic Gliders, Inc. Throughout his career he developed innovative products for the aerospace industry. He was also an active member of the Parachute Industry Association.

Maurice enjoyed traveling to the Caribbean and throughout Europe and watching the Boston Red Sox and New England Patriots.  He also had a passion for creating and flying model airplanes.

His funeral service will take place on Saturday, July 25, at 11:00 A.M. in the Pickering and Son Westborough Funeral Home, 62 West Main St., Westborough. Burial, with Military Honors, will follow in St. Luke’s Cemetery. A calling hour will precede the service from 10 to 11 A.M. (Facial coverings and social distancing required)