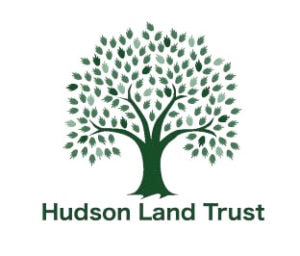 Hudson – The Hudson Land Trust is a non-profit land conservation corporation established in 2018 and run by a six-member volunteer Board of Directors, including President Gregory Opp.

“Primarily, it exists to establish conservation restrictions on land, so they cannot be reverted to development,” Opp said.

He noted that Hudson has grown significantly since he moved there in 1979.

“I thought when I moved there the town was pretty built up, but they managed to fill in like almost every open space that wasn’t protected,” he said.

Sometimes, however, a high-cost parcel is financially out of reach for the trust.

“That’s sort of the sad state of affairs,” Opp noted. “Hudson’s reached a point where there isn’t much open land, and what’s left is pretty valuable if it can be built on.”

When asked about the trust’s accomplishments, Opp described some of the trust’s major and minor victories and plans.

On Jan. 1, the board held a New Years’ Day hike on Danforth Falls Conservation Land in Hudson, which Opp said was “pretty successful.”

The trust was also set to begin a project May 8 to fix up the trail on which the New Years’ Day Hike was held.

However, because of the pandemic, that project was postponed due to a lack of volunteers. Opp commented that the project was still in the works, however, it has been scaled back.

“I think one of the accomplishments is sort of minor,” said Opp. “We’ve been able to keep the organization going, and we added one board member. We have six board members now; we’d sort of like to have seven.”

Opp also pointed out the trust’s support of the Hudson plastic bag ban, their establishment of a trail at Old North Road, and its role in fighting climate change.

“That’s primarily through the fact that you’re preserving green space with trees and fields and open space, so that you’re not emitting carbon dioxide; you’re absorbing it to some extent,” explained Opp.

He added that he wished more people knew about the trust and that they could help through volunteering or donating.

For more information, to donate, or to sign up for the newsletter, visit https://hudsonlandtrust.org.