Hudson – With construction crews making major changes to the traffic flow of Hudson’s downtown rotary, longtime residents are recalling and at times bemoaning a monumental change.

Town leaders are weighing in as well, though, suggesting this both literally and proverbially paves the way for future prosperity.

“It’s slower, but we’re downtown; it’s designed to be that way,” Acting Director of Planning and Community Development Kristina Johnson said. “They may view it as an impediment. Everyone is entitled to their opinion. But we see it as an improvement.”

The unmoved center of town for well over a century, Hudson’s rotary is part of the larger Wood Square. In the past, it’s been crisscrossed by trolley lines and evolved from a packed dirt roadway to one of modern asphalt.

Longtime resident Dave Wilkinson has seen many changes over the past 60 years. Though it’s now a condo complex, in the 1950s, the old Felton Street School overlooking the rotary was Wilkinson’s middle school.

The rest of downtown, Wilkinson said, was a favorite destination for kids his age, with four different drug stores selling soda out of cheap fountains. A place called the Rotary Diner stood where Hudson’s beloved Victor’s Diner now exists.

“We had a little bit of everything,” Wilkinson said.

On long summer afternoons, Wilkinson and his friends would duck into the old Hudson movie theater, which sat in a historic building that Avidia Bank now occupies. There, a 50-cent ticket bought a seat through two films, plus previews.

“It was a good deal,” Wilkinson said.

By the 1980s, however, large storefronts sat empty on Main Street. In a prime location directly off the rotary, a seedy biker bar caused problems for local police. Wilkinson remembers at least one shooting at that spot.

“The bar came in and thought they were going to do what they wanted to do,” Wilkinson said. “But they ended up getting put in their place by the police.”

Decades later, the scene couldn’t be more different. The area’s now a destination for people wanting modern, progressive culture without driving all the way to Boston.

That, though, has increased both vehicle and pedestrian traffic, mandating a redesign to what was an outdated rotary, officials said.

“It’s a single lane rotary,” he said. “That means it’s going to slow things down and back things up.”

Large plaza style sidewalks stretch more than 20 feet into what was once the old roadway. Most on street parking in Wood Square is gone. And traffic does only flow through one lane at a time.

Local restaurants and businesses have jockeyed with each other since the design’s partial completion over who gets to put outdoor seating where.

Before crews laid concrete for the new sidewalks, a major rainstorm fell on open dirt and mud, partially flooding the basement of one local business.

And social media blowback against the project has been ferocious.

“I understand a lot of what the people are saying,” said Joe Durant, Hudson’s Board of Selectmen chair. “But it’s a process that was open. There were opportunities for public input on more than one occasion.”

Durant acknowledges this, suggesting though that the frustration could be an issue of misinterpretation.

“When you look at a blueprint, it looks like one thing,” he said. “When you see it in person, it can be different. I certainly recognize that.”

Public officials hope that, despite the public outcry, these developments will spur more economic growth in town through better pedestrian accessibility.

A simple pass through the area may, too, suggest that this is already happening. In a time of social distancing and quarantine, restaurants are using the new space outside their doors for now wildly popular sidewalk dining.

So far, traffic has backed up, but cars and trucks are navigating the narrow new roadway.

In Hudson’s historic heart, things have changed. Not everyone loves that change, but even Wilkinson recognizes that this is the new reality.

“There’s nothing we can do about it now,” he said. “We’re going to have to live with it.” 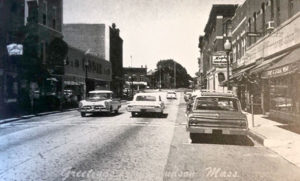 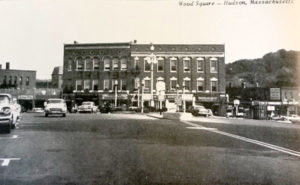 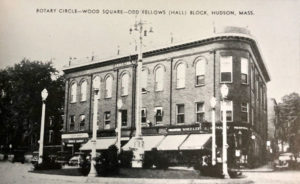 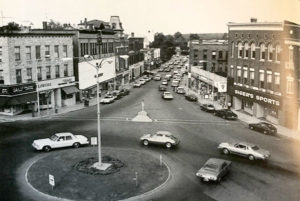 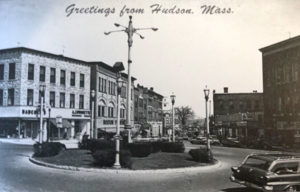