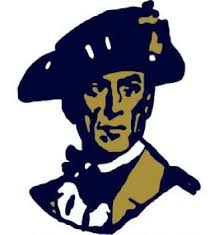 Shrewsbury – Shrewsbury High School athletic director, Jay Costa, presented an update on a modified athletic program to the School Committee at their September 23 meeting. The decision had been made at a previous meeting to allow some sports to proceed in light of the COVID-19 pandemic.

Costa was joined by Patrick Collins, superintendent of operations and finance, who shared a proposal to reduce the amount of the athletic fees from $325 per sport to $275 with a family cap of $825.

“The lower fee is due to the lower amount of competitions…what we are requesting is a 15 percent reduction,” Collins said.

The School Committee unanimously voted in favor of the reduction which is similar to what other league school districts have done.

Registration for the fall season is underway and try-outs began on Sept. 19. The primary challenge so far has been the student’s ability to get updated physicals; telehealth calls are not accepted.

After receiving guidance from the Massachusetts Executive Office of Energy and Environmental Affairs, Massachusetts Department of Elementary and secondary Education (DESE) and their governing body for athletics the Massachusetts Interscholastic Athletic Association (MISAA,) the district now has a solid plan, at least for the fall season.

Collins shared that Central Massachusetts have also divided the schools into geographic “pods” to limit travel and games will only be played within pods and will aid in contact tracing if needed.

“I’m really proud of the work of our league and the Midland-Wachusett league took a lead role in getting sports back in our schools…,” Costa remarked.

While the fall season has begun the remainder of the year is still in development. Tentatively, the schedule is as follows:

“We hope to have some answers by mid-October or late October on what the winter season will look like …I am nervous about some of our sports moving into the winter season, and being able to operate those fully and safely,” Costa stated.

All safety standards will be adhered to and each team will have a “Covid Captain” to oversee safety protocols. The athletes have been required to not hold in person events outside of games and practice and team pasta dinners have been eliminated.

“We are very pleased that we are able to offer the program, albeit in a modified way,” commented School Superintendent Dr. Joseph Sawyer. “It’s fair for families and we also recognize that we do have families that are going through difficult economic times as well.”

Shrewsbury native competes on ‘The Voice’