Grafton – If you think LEGO is only for children, it may be time to think again. And if anyone can convince you of that, it is 17-year-old Grafton student Matthew Fiore.

After Fiore’s parents gifted him a castle Lego set as a child, he has been building ever since, with no intention of stopping. But over the years, he went from simply building with his own parts, to launching a business where he buys and resells Lego products.

Fiore attends Blackstone Valley Regional Vocational Technical High School for business and entrepreneurship, so his education combined with his passion for LEGO helped him launch his business, Summerfield’s Toys. Now, he’s working with customers of all ages and from countries as far away as Croatia.

“It’s kind of an escape from reality in a way where you can disconnect and express your creativity. People of all ages are building with LEGO now,” said Fiore. “It’s just a creative way to express yourself without any outside factors weighing in.”

Fiore started his business journey in 2017 by selling items online as a way to make some extra cash. He started posting unique LEGO listings on eBay and his page started gaining traction. Since then, he has gone from a standard eBay page to professionally developing his own website and blog.

Although he used to need loans from his parents, now Fiore is able to buy inventory on his own. He also drives all over Massachusetts to buy LEGOs, paying anything from a few cents to a few hundred dollars depending on what he’s getting. He has earned over $6,000 in the last two and a half years from buying, selling and brokering LEGOs. 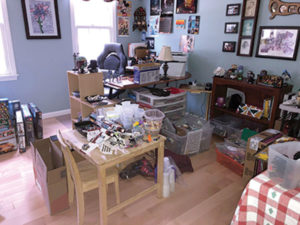 When Fiore first got started, he was only selling to customers in the United States. Now, he’s not only selling to people across the globe, but communicating and building relationships with them.

“Through this, I’m able to connect with people all around the world to talk about trends and what’s happening in the industry,” said Fiore. “It’s just awesome to talk to people all around the world and get to know their perspective and their personalities. “Originally, when the coronavirus pandemic worsened in the spring, Fiore thought his business would plunder because people would not be able to afford his products. But he was wrong – 44 percent of his total sales have been generated since March.

“When March hit, I was really worried because I thought it was going to be the end of the business. Nobody would really want Legos and they couldn’t afford them. But it was actually quite the opposite,” said Fiore. “I was able to spend the majority of my day now, since school was not really in session, and I honed down.”

Although Fiore is making a profit, that’s not his only driving force to keep the business going strong. 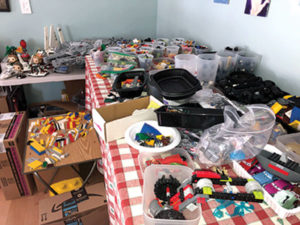 “I’m not doing this for the money; I don’t need the money,” said Fiore. “I do it because I want to do it and I enjoy doing it. I wake up with excitement every day.”

Fiore said he’s hoping to continue running Summerfield’s Toys through college and increase international sales. As of now, he’s focused on helping people sell their LEGO collections, and he enjoys the partnership that comes along with that process.

Learn more about Fiore and his products by visiting summerfieldstoys.com. 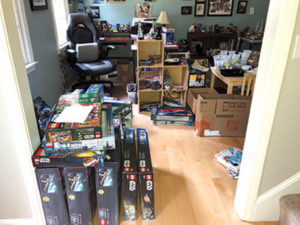