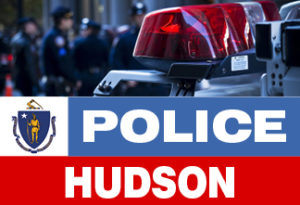 On Thursday, October 1, 2020, the Hudson Police Detective Division assisted by the FBI Boston Division Child Exploitation-Human Trafficking Task Force and members of the Massachusetts Division of Professional Licensure Investigations conducted an undercover operation of a massage parlor in Hudson. The goal of the operation was to identify establishments that do not comply with local, state and federal regulations, as well as to identify potential minor and adult victims of human trafficking. The Anjun Spa, located at 157 Main Street in Hudson, was the subject of today’s operation and inspection. This operation resulted in the arrest of the following individuals on charges related to sexual conduct for a fee and human trafficking: Chunmei Qin (age 48) of Lowell, arrested at the Anjun Spa and charged with sexual conduct for a fee, Yuejun Wang (age 61) of Hudson, arrested at the Anjun Spa and charged with human trafficking, and Ling Liu (age 51) of New York, arrested at the Anjun Spa and charged with human trafficking.  This  operation remains under investigation, and we continuously work with our local, state and federal partners to keep our community safe. We also thank the public for assisting our efforts by providing tips of non-legitimate businesses operating as massage parlors.