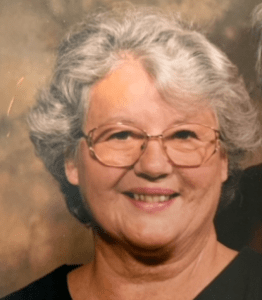 Northborough – Marilyn J. (Hart) Doyle, a longtime resident of Northborough, passed away peacefully on October 27, 2020, at the UMass-Memorial Medical Center’s University Campus; she was 87 years old. She was the devoted wife of 59 years to the late John “Jack” C. Doyle until his passing in 2014.

Born and raised in Waltham, Marilyn was the oldest of 10 children to the late Bartholomew and Ariel (Morse) Hart. After their marriage, Jack and Marilyn relocated to Northborough. For over 60 years Marilyn resided here, raising her family with Jack and taking pleasure in seeing their family expand with beloved grand and great- grandchildren. Marilyn took great pride in caring for her family. She looked forward to having everyone at her table for Sunday dinners and at holiday gatherings.

As busy as she was caring for her own family, Marilyn gave of her time, along with Jack, as a dedicated volunteer of over 20 years at the Boston Shriners Hospital for Children. During quiet time she enjoyed reading the daily newspapers and challenged herself to completing the crossword puzzles within them. Marilyn looked forward to visiting Northborough Free Library and the Senior Center where she participated in the Chair Yoga class. She and Jack both enjoyed traveling and especially enjoyed their cruises and trips to Florida. Above all, spending time and caring for her beloved family meant the most to Marilyn.

Marilyn is also survived by four siblings, Thomas Hart and his wife Rosemarie of Waltham, MA and Norman Hart and his wife Kim of Bedford, MA; and two sisters, Pauline Larson of Brockton, MA and Virginia (Ginger) Simpson of Sandwich, MA; five in-laws, Linette Hart of MD, Bernard Chiasson and Clare Craig both of FL, MaryAnn Hart of Framingham, MA and Donald & Nancy Doyle of Woburn MA.; as well as many nieces and nephews. She was preceded in death by her two brothers Donald Hart and Larry Hart and three sisters, Arlene Chaisson, Barbara Thomas, and Patricia MacDonald.

The family would like to thank the UMass Memorial Medical Center University Campus for the outstanding care they provided to Marilyn.

Due to the global concern of Covid-19, Marilyn’s funeral and burial will be private, for the immediate family.

The Doyle family respectfully asks that in lieu of flowers, donations be made in Marilyn’s name to the Shriners Hospitals for Children 51 Blossom St. Boston, Ma. 02114 or at https://www.shrinershospitalsforchildren.org/boston/burn-care as this organization meant so much to Marilyn in life.

Arrangements are entrusted to Hays Funeral Home, 56 Main Street, Northborough. To leave a condolence, or to share a story, please visit www.HaysFuneralHome.com.