Hudson – On the eve of his retirement, Hudson Executive Assistant Tom Moses is looking back on a nearly 30-year career in public service.

From Cambridge to Lowell to Hudson, Moses has worked in a variety of administrative roles in five different municipal governments since 1992. Along the way, he said he’s found joy and affirmation in the combined strength of the cities and towns he’s helped lead. 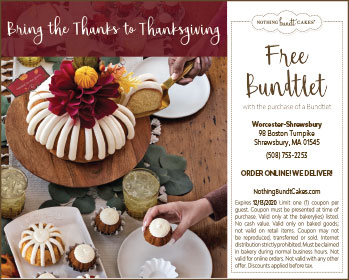 “I really appreciate the extraordinary ability of the community to come together and to work together,” he said.

Moses grew up in upstate New York before attending the University of Pennsylvania. Upon graduation, he headed west, to California, where he earned a master’s degree and began work at the lone private sector job still on his resume.

Moses spent seven years working at Prometheus Development, a real estate company, before migrating back to the East Coast to be with his family and to dive into local government.

He obtained a job as the assistant finance director for Cambridge, then bounced for roughly 10 years between positions in Gloucester and Groveland.

Next, he spent seven years as Lowell’s chief finance officer, only leaving for a job in Hudson, where he’s worked since December 2013.

“Public service has an impact on everybody’s life,” Moses said. “You can work in the private sector on a project that will make the company money and benefit the customers. But the actual impact is very indirect.”

Moses’ time in Hudson, and those impacts he’s had, have, indeed, been wide ranging.

Primarily, he arrived in town and helped stay the course amid an economic upswing. The Main Street area enjoyed a dining boom on the back of prominent restaurants like Rail Trail Flatbread and Medusa Brewing Co., which both opened in the early to mid-2010s.

“It started well before I got here,” Moses said. “But the ability for the downtown merchants to work together was amazing.”

From prosperity to trouble, Moses also recalls the challenge posed by the PFAS chemical contamination of Hudson’s water supply.

A long crisis with many ripples, contamination prompted an at times frantic and drastic overhaul of town infrastructure and filtration machinery all aimed at getting things back to normal.

Moses said the response to that issue remains one of his proudest moments.

“To be able to pull it off and to be able to – basically a year from when the problem was discovered – turn on water with zero PFAS was pretty extraordinary,” he said.

On Nov. 10, the town took yet another step under Moses’ leadership to resolve the PFAS crisis, reaching a $1.6 million settlement with three companies said to have contributed to the contamination.

His resignation now submitted to the Board of Selectmen, Moses will stay on in his executive assistant capacity through May.

“Your financial management skills are obvious to everyone,” Selectman Joe Durrant told Moses at a Sept. 14 meeting. “Your people skills are equally obvious. You’ve done a wonderful job for the town.”

Moses, in turn, deflected praise back to the community, and reiterated that he’ll remain hard at work, especially tackling the new challenges of COVID-19.

“I want to continue to support the town in its efforts to navigate its way through the pandemic,” he said.