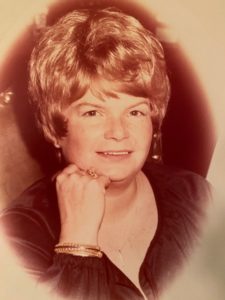 Marlborough – Janet E. (Stempson) Gray, 76, of Marlborough and formerly of Hudson and Waltham and Tabernacle, NJ, died Thursday October 29, 2020 at home with her family by her side.

She was born in Boston, the daughter of the late Matthew B. and Frances W. (Duncan) Stempson and was a graduate of Waltham High School Class of 1962. Prior to retiring, Janet was a paralegal for over 20 years with Arthur Andersen Law Offices. She enjoyed travelling, painting, crafts, ceramics, BINGO, cribbage, trips to the casino and playing EPT Texas Holdem and most of all she enjoyed being around family.

Funeral services will be private at a later date. There are no calling hours.

All are invited to sign Janet’s online guestbook at www.CollinsFuneral.com.