Westborough – On Nov. 10, as nearly the entire Westborough Police Department looked on, Sgt. Jonathan Kalagher was presented with the Medal of Valor Award for his bravery and quick action in responding to a domestic violence incident last fall. The ceremony, also attended by state police officials, local leaders and a small gathering of family and friends, was held on the football field at Westborough High School.

At the start of the ceremony, Westborough Police Chief Jeffrey Lourie recalled “the horrific 911 call” that Westborough dispatchers Maryann Silva and Pamela Orlando received on the afternoon of Nov. 15, 2019. 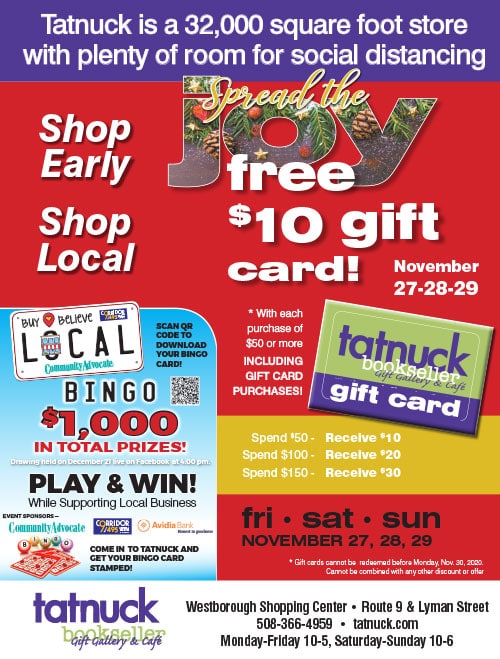 A woman who resided at Windsor Ridge Drive had been stabbed repeatedly by her husband and had fled to a neighbor’s apartment to seek shelter. The husband broke into that apartment and continued stabbing his wife. When police responded, the assault was still continuing. Kalagher then shot the man, killing him.

“He had only seconds to make a decision to save another life,” Lourie said.  “His actions were truly heroic.”

Mass. Secretary of Public Safety and Security Thomas Turco and Mass. Undersecretary for Law Enforcement Terrence Reidy concurred with Lourie, as they praised the actions of the 32-year veteran of the WPD.

“He neutralized the situation,” Reidy said. “If he didn’t do that victim would not be alive.”

The men also lauded the leadership of Lourie and former Police Chief Alan Gordon, who they said helped train their officers to respond to situations like the Nov. 19 call.

After received the medal, Kalagher was visibly moved as he made brief remarks, and noted that day last fall “had been the most challenging day of my career.”

As he thanked those in attendance for their support, he praised the work of dispatchers Silva and Orlando who he said, “did a great job under extreme circumstances.”

“I also want to thank the female survivor wherever she may be,” he added. “She had the courage to fight off her attacker and seek refuge. And also the family who took her in to protect her.”

“It is my honor to protect and serve the citizens of Westborough,” he concluded.

After the ceremony, Kalagher led his department off the field and then one by one, his colleagues lined up to offer a hug and words of congratulations.

According to mass.gov., the Medal of Valor is the second highest award given to a police officer who demonstrates actions above and beyond the call of duty, exhibiting valor, courage and bravery while disregarding the potential for danger or great risk to him or herself during the course of an individual incident.