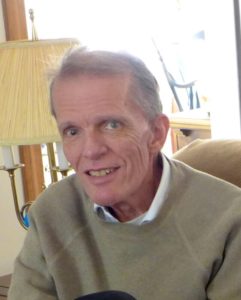 Westborough – Alan Stuart Carlson, of Westborough, MA, and formerly of Londonderry, NH, passed away on November 12, 2020, after battling Parkinson’s disease. Al died at home surrounded by his loving family and dogs. He was 73.

Al was born on September 5, 1947, in Worcester, MA, the son of Evert and Beatrice Carlson. An only child, Al tamed a chickadee to eat out of his hand and enjoyed spending time building trains and fishing with his dad. He excelled in school and graduated from Brown with a bachelor of science degree in applied math and a ROTC commission in the United States Air Force.

Serving as a T-38 instructor pilot perfectly combined his loves for teaching and for flying. An avid runner, he qualified for the Boston Marathon, but a severe case of food poisoning on a trip to Mexico triggered an autoimmune disease that left him with arthritis for the rest of his life. 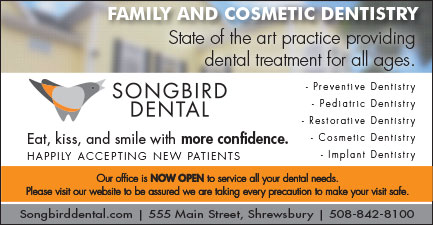 Al returned to New England to pursue an MBA from Boston University.  He enjoyed playing chess, bridge, and tennis, and in his spare time copyrighted a whodunit computer game, “Homicide.” While offering acrobatic flight lessons, he once persuaded a fellow instructor to call in sick, to create an opportunity to meet Margaret (Peg) Anderson. They married on December 31, 1977.

His career was in computer technology, during the arrival of personal computers and later the internet. He embraced the fervor of working for a startup and the complexity of managing a data center at Ziff Davis. On track to be a vice president, he chose instead to focus on his family. After Peg died of cancer in 1990, Al faced the greatest challenge of his life–raising two teenagers as a single parent.

Shrewd investing enabled Al to retire early and get back into teaching. He volunteered at the local elementary school for several years, teaching math enrichment; and he coached Odyssey of the Mind teams for his children, getting to the World Finals twice.

Al then turned his passion to training shelties at agility. He loved his dogs dearly: Chase, Frost, Sky, Wing, Ghost, and Quinn. They made regular pet therapy visits to the VA Hospital in Manchester, and he volunteered as a Granite State Sheltie Rescue driver.  In late retirement, Al rediscovered his love for bridge, joining and helping to run the Derry Bridge Club.

Al is survived by his son Andrew (Drew) Carlson and his wife Christina; daughter Ashley Hall and her husband Leon; grandchildren Jonah, Elliott, and Rachel Carlson, Luka Hall and a future grandson who will be born in January; and shelties Ghost and Quinn.

Funeral services and burial will be private.

In lieu of flowers, the family welcomes contributions to the Parkinson’s Foundation or another deserving charity.