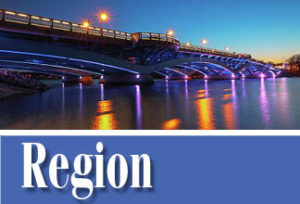 Region – Southborough public health nurse Emily Amico has had less than a week of real time off since the coronavirus pandemic hit in March.

Across the board, contact tracers and health officials like Amico and Calo say they’re exhausted by a combination of high stress work, no rest and growing animosity from the area residents they serve. And it’s all only getting worse as the pandemic rolls onward.

“I do try to sleep,” Calo said of her self-care, these days. But even that, she said, gets pushed aside from time to time.

‘The pace is not sustainable’

Be it Southborough, Hudson, or any other community, Massachusetts public health officials learn of new COVID-19 cases through a variety of avenues.

Most notifications come through a state epidemiology software program. Some, though, come from other parts of municipal bureaucracies, which often hear from sick staff before the state sends any notes to health departments.

Once they have the information on COVID-positive residents, officials begin a research process, conducting interviews and tracking down close contacts.

If a person potentially exposed diners at a restaurant, for example, health officials will use lists of phone numbers compiled by waitstaff to find and advise individuals on quarantining and testing.

In Hudson, at least, School Superintendent Marco Rodrigues says his contact tracers work with town officials to review security footage and pinpoint exposures down to the minute.

It’s all extremely draining, though, he explains.

“The pace in which we are living and trying to respond to this is not sustainable,” Rodrigues said in a recent interview.

‘We were all so excited’

There was supposed to be respite from the state.

But, over the summer and through this fall, local officials say that effort, known as the Contact Tracing Collaborative (CTC), has been woefully ineffective.

“We were all so excited for that,” Amico said. “But we’re just finding there are so many flaws in the system.”

Public health officials can turn cases they can’t handle over to the CTC. But Amico and Calo, say they almost never do that as the state often lags days behind local staff in how long they take to actually track close contacts down.

‘People are being careless’

The state’s sluggishness leaves the burden of this work on local shoulders.

“When we start looking at contact tracing, your eyes go wide open and you think, ‘Are these people for real?’” Rodrigues said. “…It’s becoming more and more evident that people are being careless.”

As stressed as they are, people like Hudson High School nurse Pat Emmons recognize that things could be worse.

“If we didn’t have such a cracker jack health department in town, the burden would be much heavier on us,” she said. “I can’t think of a better collaboration model.”

Praising his team, Rodrigues has proverbially gone to bat to advocate for them as well.

Earlier this year, as COVID-19 cases started cropping up in schools, he called on his entire community to do better in adhering to coronavirus safety protocols. Since then, in School Committee meetings and in his interview with the Community Advocate, he has frequently been blunt in saying his staff are being worn down by continued local failures to slow the virus’ spread.

“We can no longer sugarcoat things,” he said. “We need to have that frank conversation where everyone has a responsibility.”

Both Hudson and Southborough are expanding contact tracing operations.

The state, for its part, has also hired back tracers it laid off over the summer as coronavirus cases briefly abated.

Experts say they’ll stay committed to their jobs regardless of the psychological scars that commitment may leave even after this crisis ends.

Still, they’re particularly worried their workload could surge as risky mass gatherings move indoors for events like Thanksgiving and Christmas.

Amico elaborated on all this.

“We are already stretched so thin,” she said. “If we are going to see cases come out of Thanksgiving, I don’t know how we’re going to keep up.”