How can the Community Advocate help you promote your business?
Advertising Info
Suggest a Story
Free Subscription
Home Uncategorized Burns Bridge to be lit in memory of Sandy Hook victims
Facebook
Twitter
Email 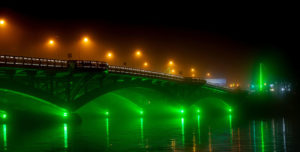 Shrewsbury/Worcester – The Central Massachusetts Chapter of Moms Demand Action For Gun Sense In America has announced that the Kenneth F. Burns Memorial Bridge will be lit up in green on Sunday, Dec. 13 and Monday, Dec. 14 to commemorate the eighth  anniversary of the Sandy Hook tragedy.

The Sandy Hook Elementary School shooting occurred on December 14, 2012, in Newtown, Conn. when a 20-year-old man shot and killed 26 people, including 20 children between six and seven years old, and six adult staff members.

Due to the pandemic, there will not be a vigil this year to mark this terrible anniversary, the group said in a press release but the bridge lighting “will be a special way to remember and honor the victims and survivors of gun violence.” To become involved with the Central MA Chapter, email [email protected].