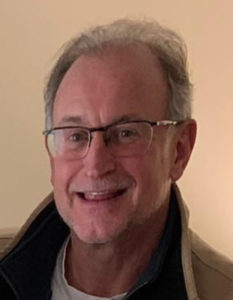 Danny was strong and vibrant, with so much life left to live. His smile and humorous antics always lit up a room. He was a generous soul, playfully mischievous, and always had a story to tell. The most important things to Danny were his family and friends. He loved spending time on Cape Cod, where he ran an annual road race with family. Danny also encouraged everyone to get out and ride bicycles, go hiking, or camping, or throw a football around. There are many memories up at Lake Winnipesaukee that he cherished dearly, such as sleeping out on the boat.

Danny graduated from Marlboro High School in 1974 and UMass Lowell in 1979 with a degree in Business Administration. He later received his MBA from Bentley in 1986 and became a CPA. He worked at various accounting firms as a controller and CFO, and was most recently employed at the Department of Defense at Hanscom Air Force Base for 11 years.

In lieu of flowers, memorial contributions in Danny’s name may be made to St. Jude Children’s Research Hospital of Boston.

For online expressions of sympathy to the family, please visit https://www.collinsfuneral.com.