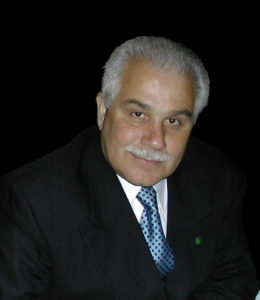 Hudson – Antonio Dias Chaves, 71, passed away Dec. 31, 2020 at UMass Memorial Marlborough Hospital after a brief but courageous battle with Covid-19. He was predeceased by his brother, Abilio, who just passed on Oct. 6, 2020.

Antonio is survived by his wife of 41 years Zelia (Afonso); his son, Derek and his girlfriend Maura Silva of Berlin; his brothers, Jose Armando and his wife Coletta of Avondale, Ariz., Jorge and his wife Maria of Hudson, and Jose Antonio and his wife Maria of Marlborough; his sisters, Rosa Paulino, Alda, and Zita, all of Hudson; Abilio’s wife, Elvira, and his godchildren Angela Doherty, Anthony Paulino, Carlos Sousa, Jessica Afonso, and Kelly Hurd; and many nieces and nephews. He also leaves his beloved granddog, Sadie.

Antonio attended high school at Semenário Episcopal de Angra in Terceira where he made many lifelong friends he referred to as his “Fellow Seminarians.” In 1967, Antonio immigrated to the U.S.A. with his family, eventually settling in Hudson. He enlisted in the Army during Vietnam, serving his country with pride and honor until 1972.

In 1973 Antonio started the Portugal 73 radio show with his close friends that ran until December 2019 and was one of the oldest continually running Portuguese radio shows in the world. After attending Boston State College, he started his career as a travel agent at Mundial travel and would eventually open his own agency, Chaves Travel.

In 1978 Antonio became the first elected Portuguese selectman in Hudson and second elected in all of Massachusetts. He fell in love with politics, fostering friendships with many political dignitaries. Antonio was awarded one of the highest civilian honors bestowed by the Portuguese Government, the Order of Merit and the title of “Comendador.” Locally, he received numerous citations from the Massachusetts Legislature and other organizations.

Antonio worked as a public servant for the MA Department of Public Health, Environmental Affairs, and most notably, the Massachusetts Office of Refugees and Immigrants where he helped thousands of people make a life in America. Antonio would later work for the Department of Homeland Security as a TSA officer, also serving in the TSA Honor Guard. After retiring, he continued to do the work he loved as an immigration consultant, helping even more immigrants achieve their American dream. He continued his life’s work as immigration consultant until his passing.

Antonio was a proud man of the people and could usually be found at the Hudson Portuguese Club as their resident Master of Ceremonies, hosting in the restaurant, cheering on his favorite team (Sporting Clube de Portugal), having a cognac or wine with friends, or tending to his duties as the president of the general assembly.

Antonio loved living life and his family. He would greet cousins with an emphatic “Hi Cousin!”, even to the youngest generations, often walking them through the family tree so they understood the relation. Family was most important to him and he cherished his “visitas” with friends and family. Antonio was an organizer of the Chaves 5-year reunion drawing family from across the United States, Canada, and Portugal. He had a strong bond with his brothers and went on an annual vacation for “Brother week.” At home he loved growing his hydrangeas, tending to his garden, and making wine with his son.

Recently, Antonio became an author and published “Os Meus Imperios,” a memoir of establishing the Holy Ghost Festival or “Imperio” in Massachusetts and Rhode Island. His legacy will live on through his contributions to his community.

In lieu of flowers, donations can be made to the Antonio Dias Chaves Cultural Fund at St Mary’s Credit Union.