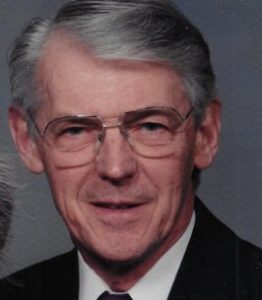 Northborough – John T. Howarth, 88, a longtime resident of Northborough and beloved husband to Faith C. (Wiley) Howarth, passed away peacefully in his home Dec. 30, 2020, after a period of declining health.

John was born and raised in Swansea, a son to the late Herman B. and Mildred A. (Thistlethwaite) Howarth Sr. John was a proud veteran, having served honorably in the Army during the Korean War. He was a talented computer field technician for many years within the Sperry Rand and Unisys Corporations.

John enjoyed working with wood and found pleasure making beautiful furniture and other objects for family and friends. He was proud to have assisted with the Town of Northborough’s Special Teams on Patrol (S.T.O.P.), a citizens and police community safety program. John was a member of St. Stephen’s Episcopal Church of Westborough.

In addition to his wife, Faith, John is survived by two daughters, Wendy Bradley of Shrewsbury and Lori Gastaldo and her husband Gary of Queens Creek, Ariz.; two stepsons, Richard Goodwin of Marlborough and Michael Goodwin and his wife Michelle of Fairbanks, Ak.; eight grandchildren; and two great-grandchildren. John was preceded in death by his parents; his first wife of 30 years marriage, Carol Mae (Anderton) Howarth; and his brother, Herman Howarth Jr.

Arrangements have been entrusted to Hays Funeral Home, 56 Main St., Northborough. Calling hours at the funeral home will take place Wednesday, Jan. 6, from 4-6 p.m. John’s funeral and burial with military honors at Mt. Hope Cemetery in Swansea will be private for the family.