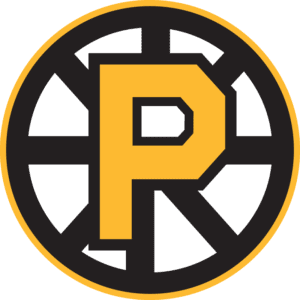 Marlborough – The Providence Bruins will spend their 2021 abbreviated season playing at the New England Sports Center in Marlborough, the organization recently announced.

A flash of good news for local fans, this means elite hockey players one step short of the NHL will spend at least three months this winter regularly passing through the region.

The Providence Bruins play in the American Hockey League, serving as the primary minor league team beneath the Boston Bruins. Their slate of games slashed by COVID-19, the team will play from early February through the first weeks of May, taking the ice in Marlborough behind closed doors.

Due to COVID-19, fans will not be able to attend games.

That news has local fans somewhat disappointed as does the news that this move is only temporary.

The Providence Bruins will return to their home at the Dunkin Donuts Center in Rhode Island next year as that facility is only unavailable, this winter, because of ongoing coronavirus testing there.

Still, officials even at the top of the Bruins organization are thanking Marlborough.

“Given the unprecedented circumstances, we are very grateful that the New England Sports Center can host the team this season,” Bruins President Cam Neely said in that Jan. 4 statement.

The NESC is an every-day part of life for athletes of all ages throughout the area. It hosts hockey tournaments, multiple high school and college teams, private showcase programs and clinics.

Games are proceeding this year under tight social distancing restrictions, just as the facility also hosts a massive virus testing operation in its parking lot.

Though a NESC spokesperson declined a Community Advocate request for comment for this article, there are existing local connections between the Providence Bruins and Marlborough.

Renfroe, the NESC owner, also owns the Providence Bruins. He’s expanded his Marlborough facility multiple times and has, with that growth, hosted exhibition preseason contests for the Bruins.

Providence’s AHL competitor, the Worcester Sharks, also intermittently used the NESC as a practice facility before relocating to San Jose in 2015.

Nearby Hudson, meanwhile, just celebrated a player with local connections signing an entry-level contract with the broad Bruins organization.

Indeed, Matt Filipe may see ice time in Marlborough this winter. He is the son of Paul Filipe, who, himself, won a state championship playing for Hudson High School in 1978 before playing for the Northeastern Huskies and the Boston Bruins, respectively, according to the Northeastern website.