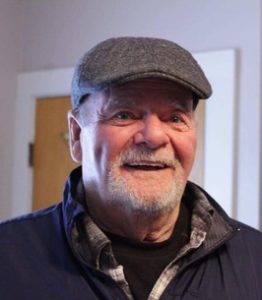 Chuck is survived by his daughters, Tracey Viotto and her husband David, Tara Scanlon and Kevin Belanger, and Tiffany Powers and her husband James, and his grandchildren, Ryan Jacobson, Anthony, Taylor and Auston Viotto, Donald, Joseph and Jacqueline Scanlon and Logan Powers, along with several nieces and nephews. His brother recently predeceased him.

Chuck was born Oct. 2, 1936 in Worcester, son of the late Dorothy (Smithson) and Charles Regan. He graduated from Boys Trade High School in Worcester. Chuck served in the United States Air Force where he was stationed in Germany.

Following his military service, he began a career at Mass Electric that spanned 39 years, working as an Emergency Man for several of them.

He and his wife Janet lived in Grafton for over 30 years before briefly relocating to Clinton. Together they spent many summers in West Harwich on Cape Cod and several in Key West, Fla. Chuck also loved to travel to Wisconsin, Cozumel and Punta Cana in the Dominican Republic.

He was happiest as “Grandpa Chuck” or “Bumpa” to his grandchildren and he loved to spend time with friends.

His family is planning to host a celebration of his life during the summer of 2021 when friends and family can remember him by gathering together. No immediate services are planned.

In lieu of flowers his family requests donations in his memory to The National Stroke Association, 9707 East Easter Lane, Suite B, Centennial, CO 80112, or online at www.Stroke.org.

A Book of Memories to share a message with his family and see a video memorial tribute is available online at www.RoneyFuneralHome.com.