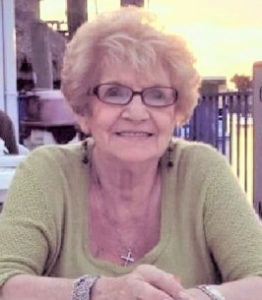 Shrewsbury – Angelina “Lena” (Pedone) Vigliatura, 92, of Shrewsbury, passed away peacefully on the morning of Jan. 31, 2021 at Notre Dame Long Term Care Center, where she had become a beloved resident amongst the staff. She was the devoted wife of the late John F. “Jack” Vigliatura Jr. for 70 years, before his passing in 2017.

In lieu of flowers, memorial donations may be made to Shriner’s Hospitals for Children, Attn: Development Office, 51 Blossom St., Boston, MA 02114 or via www.shrinershospitalsforchildren.org/boston.

Services for Lena were held privately for her family and she was buried alongside her husband, Jack, in Mountain View Cemetery. The Britton-Shrewsbury Funeral Home is honored to be assisting with arrangements