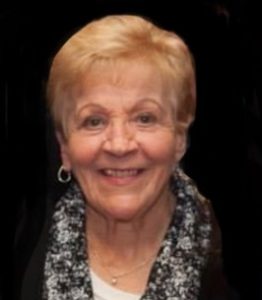 Shrewsbury – Brenda A. (Beckman) Ljunggren, 80, of Shrewsbury, passed away Feb. 13, 2021 at UMass Medical after a brief illness. Born in Worcester, the daughter of the late Elmer and Mary (Adamonis) Beckman, Brenda was raised in Auburn with her two brothers, the late Richard (Butch) and Kurt of Florida.

A graduate of Auburn High School, Class of 1959, Brenda worked as a Certified Occupational Therapy Assistant at the Worcester State Hospital. It was there that she met and married Robert (Red) Ljunggren, and then moved to Shrewsbury where they lived and raised their two sons. They were married for over 51 years, prior to his passing in September 2012.

Brenda loved living in Shrewsbury and was very involved with her town. She was a poll worker from 1979 to 2000, has been a Town Registrar of Voters since 2000, a Town Meeting Member since 1988 and was a member of the Shrewsbury Republican Town Committee for more than 30 years. Brenda also worked as a Staff Administrative Aid at the Shrewsbury High School and was a Sales Representative for the Town of Shrewsbury Cable.

Brenda’s greatest joy was spending time with her grandchildren, especially summers at Cape Cod and boat rides on Lake Quinsigamond.

Brenda leaves behind her son, Robert C Ljunggren Jr and his wife Lynn of Shrewsbury; son, James D. Ljunggren and his wife Stephanie of Auburn; her five grandchildren, Jesse, David, Ashley, Samantha, and Hannah; and several nieces and nephews.

Calling hours will be on Wednesday, Feb. 17, from 5-7 p.m. Funeral services and burial will be held privately for the Ljunggren family. The Britton-Shrewsbury Funeral Home, 648 Main St., Shrewsbury, is honored to be assisting with the arrangements.

In lieu of flowers, donations can be made to the Shrewsbury Fire and Police association, PO Box 53, Shrewsbury, MA 01545.