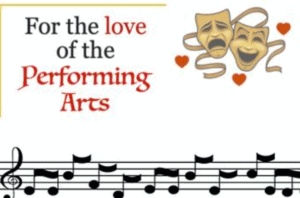 Shrewsbury – Remember the old-fashioned telethon? The Shrewsbury Public School (SPS) district is partnering with the Shrewsbury Media Connection (SMC) in reviving the format to raise funds for its performing arts program.  It’s perfect for fundraising in a pandemic.

Michelle Biscotti and Kathleen Keohane, co-coordinators of development and volunteers as well as organizers of the telethon, assures that each evening promises to be entertaining. The telethon will showcase the talent of current students with original performances, which Biscotti said are “awe inspiring,” and will also feature interviews of alumni who have benefited from the program. There will be a cash drawing every 15 minutes during both nights.

Now is the time for the arts

“What better year than this year [to have this event] when the auditoriums are dark and the stages aren’t lit and there is no opportunity to see what our kids are still doing,” remarked Keohane.

“We’ve covered a myriad of projects for the district and we have long wanted to do something around music and theater and the performing arts,” commented Biscotti.  “It’s such a critical program in our schools and so many kids participate.

“The telethon is giving a stage to the kids who don’t have one this year,” Biscotti added.

The need is great

Historically the performing arts has had a great deal of support from the Shrewsbury Schools Music & Theater Association (SSMA), but because of COVID-19, they have not been able to fundraise.

O’Toole added, “We are opening up a new [Beal Elementary] school in the fall and there are some things that we will need to get.

“As we are moving students into the new Beal, we are going to be getting music rooms back in the schools where we don’t have them at Paton, Spring and Coolidge [elementary schools] right now so re-equipping those rooms will be critical…,” he added.

He also hoped that some of the funds could be used to provide climate control in instrument storage areas at the high school to help protect them from climate damage and to replace some instruments at the middle schools.

Lapomardo said that the greatest need was for the global big ticket departmental items. Mercadante and Liporto hope to use funding for the “Unified Sound” program that brings students with and without disabilities together to learn and perform in band and orchestra.

They especially appreciate the generosity of Jack and Nancy Hughes Collins who are the telethon’s presenting sponsors.

For more information or to become a sponsor, purchase tickets for the cash drawing or make a direct donation click here. Donations can be made now through the end of March. Instructions on how to donate will scroll on the screen during the telethon.

Symptoms of depression on the rise among Westborough High School students