Westborough – The key to building a vibrant downtown is putting together a group to lead the effort who have “energy and interest and no sign of waning,” according to Richard Braga.

Johnson, who is also president of the Massachusetts Association of Planning Directors, gave a presentation about how Hudson’s downtown has been re-vitalized over the past few years.

Johnson described the transformation as “a story from vacant storefronts to vibrant landscapes,” noting that like other communities, Hudson suffered in the 70s and 80s from a proliferation of large shopping plazas and “folks not interested in investing in downtown.”

But change was made possible by a few things. The town had an established historic district that allowed for a consistent architectural flavor and walkable areas and sidewalks.

“Downtown Hudson had those bones in place,” she emphasized.

Johnson said that good planning and clear vision are essential to attracting investors. She added that a town’s master plan should be consistent with its zoning.

She described Hudson’s zoning regulations as “liberal and progressive” and said “less is more” when it comes to zoning.

“Embracing height and density adds to the charm of downtown,” she said.

Rotary reconstruction and streetscape modifications helped to make people feel safer parking and walking downtown, she added. Most of the work was accomplished through grants although Town Meeting also approved an $800,000 debt exclusion. 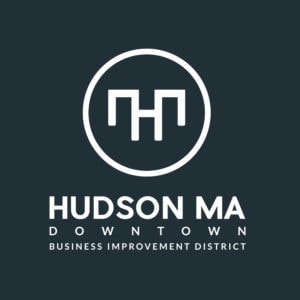 Braga talked about forming a BID during his half of the presentation. A BID is a legally defined district where property owners pool their resources to collectively purchase supplemental services.

At least 75 percent of the land must be zoned commercial, retail, industrial or mixed use. A BID is established through a local petition that must be supported by at least 60 percent of the real property owners and 51 percent of the assessed valuation of the property. In Hudson’s case, more than 80 percent of the owners are on board.

Braga said with the help of the Hudson Business Association, Chamber of Commerce and others, they were able to recruit businesses to fill up storefront vacancies – boosted by the arrival of Rail Trail Flatbread Co. and other eateries and breweries.

Events like Artsfest, a 5K run for the arts and A Taste of Hudson featuring local restaurants proved popular, he said.

Braga said Hudson fared better than other communities through the pandemic thanks to its network of support. The group hired an accountant to help business owners with finances and continues to try to match new potential tenants with appropriate spaces.

They advised Westborough officials to put together a strong team in order to accomplish their goals.

“Design moved from the community,” she said. “We talked to them and put it in their hands.”

“I think this (information) will help us formulate how we think of our goals next year,” said Allen Edinberg, EDC member and Westborough selectman.