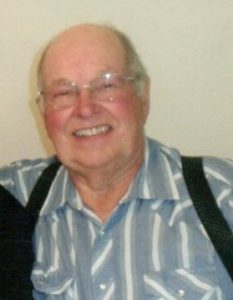 Hudson – Richard “Rob” T. Robinson, 80, of Hudson, peacefully transitioned from his earthly life to a heavenly one, after a period of declining health, on March 18, 2021 at The Blair House in Milford.

Richard was born in September 1941 in Marlborough. He served as a Stationary Engineer in the United States Navy from 1957-1961.

After working at General Motors for 19 years, he attended the Peterson School of Engineering and continued working as a Stationary Engineer at the University of MA City Campus. Upon moving to Arizona, he continued his work at the VA Northern Hospital in Prescott, Ariz. before retiring in 2004. Richard and his wife, Barbra of 59 years moved back to Massachusetts in 2017.

Richard was an avid Ham radio operator, he enjoyed watching baseball and football, he was a talented woodworker and furnished his home with furniture he built himself. Richard loved flying various model airplanes and participating in various church activities, where he was a member of The First United Methodist Church of Hudson.

The memorial service will be held on Tuesday, May 18, at 11 a.m., at The United Methodist Church of Hudson, followed by a military burial at Forest Vale Cemetery. Funeral arrangements are made by Tighe Hamilton Regional Funeral Home of Hudson.