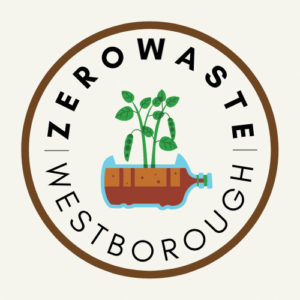 Westborough – It’s no secret the world is facing a climate crisis. Air pollution is covering city skylines, oceans are filling with trash and animals are losing their habitats due to deforestation.

That’s why Zero Waste Westborough is fighting to make a difference in the environment and the community.

Last fall, some members of the task force realized there was more work to be done than what the task force could accomplish during its monthly meetings. So, four task force members formed Zero Waste Westborough and began meeting at least once a week. Their mission is to educate and engage the community in reducing waste.

According to the Westborough Board of Health, the town threw out 2,367 pounds of waste per household in 2018.

Inspired by that fact, Zero Waste hosts community meetings to teach people not only how to reduce waste, but also why it’s important to do so.

“You just have to be able to inform people of and change their mindsets that [not all] waste should go in the trash,” said ZWW member Lauren Buerstatte. “This is something valuable that should be taken care of appropriately.”

The U.S. Department of Environmental Protection estimates that 24 percent of waste is organic material that can be composted.

With all that food going down the drain, ZWW is currently focused on encouraging Westborough residents to start composting their leftovers instead of tossing them in the garbage.

“I don’t think that there’s any reason Westborough shouldn’t be composting, other than it’s unknown and it’s not something that we have done,” said Zero Waste member Nathan Askew. “It’s really meeting people where they are and taking them on the journey.”

Buerstatte shares the same hopes. She got her whole family to begin composting. After getting her children involved, her neighbors got on board. That soon sparked a chain reaction.

“It’s a little bit just from my family, but if every family starts composting in one way or another, it’s just a really good starting point,” said Buerstatte.

Westborough residents, indeed, don’t have to travel far to compost. They can do it right at the Westborough transfer station. All that’s needed is a recycling sticker, which they can get for free from the town.

Working on education, Zero Waste has also been seeking creative ways to engage the community in reducing waste.

It recently held an art contest, where 45 students submitted a logo design for ZWW. The contest encouraged both students and their parents to think deeper about composting and their carbon footprint.

In November, ZWW hosted a Compost launch at Harvey’s transfer station to get people excited about composting. They also gave out 100 free compost pails to help people get started.

“Once you start doing something, it becomes part of your lifestyle. Then the people you live with start living that way too,” said Buerstatte.