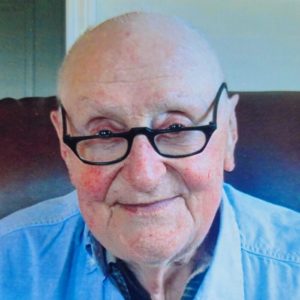 Marlborough – Ralph Burg, 86, of Marlborough and formerly of Garrison, N.Y., died suddenly on April 13, 2021 at his home. He was the loving husband of Patricia A. (Braman) Burg for the past 65 years.

He was born in Brooklyn, N.Y. and was raised and educated in Farmingdale, the son of the late Adolf and Gerda (Schmidt) Burg. He was a United States Air Force veteran of the Korean War, serving in Korea and Japan. Ralph received his Bachelor of Science degree in Business Administration from Mercy College and later his MBA from Long Island University.

He was a Director of Finance for IBM for 39 years, retiring in 1996. Following his retirement, he continued with IBM as a Consultant.

Ralph was an Adjunct Professor for Mercy College in Tarrytown, N.Y. He was a member of St. Matthias Church, VFW Post #10420, Knights of Columbus (4th degree), Elks and the Jaycees in his younger years. He enjoyed reading, home improvement projects, golf, football and loved the New York Giants.

He enjoyed a great sense of humor, was caring and truly was the man that would give the shirt off his back to someone in need.

A Mass of Christian Burial will be celebrated on Saturday, April 17, at 10 a.m., in St. Matthias Church, Hemenway Street, Marlborough. Private burial with military honors will be held in Rose Hill Cemetery, Putnam Valley, N.Y., at a later date. There are no calling hours.

In lieu of flowers, donations in Ralph’s name may be made to www.stjude.org, www.soar-usa.org, or www.crosscatholic.org.

All are invited to sign his online guestbook at www.collinsfuneral.com.

Funeral arrangements are under the direction of the Collins Funeral Home, 378 Lincoln St., Marlborough.