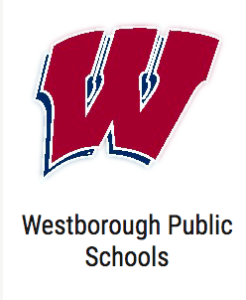 WESTBOROUGH – Changing Columbus Day’s name on the school calendar to Indigenous People’s Day is “an outward sign of our commitment to anti-racism,” School Committee Chair Kristen Vincent said on April 28.

The unanimous vote at a School Committee meeting followed an ongoing discussion after the committee received several petitions in favor of a re-naming last fall.

Member Lisa Edinberg said that what the school system values is usually aligned with its policies and the way it functions. But, she noted, Columbus Day does not align with what the schools teach as character education in Westborough.

“To align with how we feel about anti-racism practices, altering [the name] makes sense to me,” Edinberg said.

She noted that Cambridge, Pittsfield, Lawrence, Holyoke, Wayland and several other communities have dropped the Columbus Day name. More than a dozen states have done the same.

Edinberg said that a bill pushing a name change at the state level in Massachusetts didn’t pass the first go around. If approved, though, that switch would become part of Massachusetts General Law.

“This is not about cancellation culture or removing history from our textbooks,” Edinberg said.

Student Representative Kyla Kamugu added, “It’s not about erasing history but more about supporting those who were on the good side of it.”

Assistant Superintendent Daniel Mayer said that the “greatness of Columbus,” has not been part of the curriculum for years. He noted that history is complicated and students are introduced to information from multiple perspectives. That approach, Mayer said, “on all events, is important for all of us to understand to be global citizens.”

A new look at issues facing the country, particularly racism, has recently brought to light how poorly “anyone who was different and not white Anglo Saxon,” was treated historically, said School Committee Vice Chair Stephen Doret.

“Our education system has to step up to a true understanding of all people, what their needs are and how they fit into our society as a whole,” Doret said. “Without doing that, we’re going to crash and burn.”

Vincent said the change did not mean Columbus is “cancelled,” and won’t ever be mentioned.

Instead, more “balanced points of view,” about exploration are studied. Similarly, other periods of history, like the Holocaust and the rise of Hitler, raise questions about how and why events happened and ask how society feels about them now.