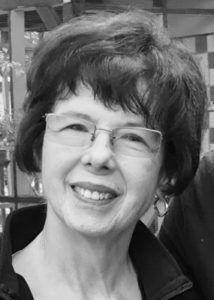 Northborough – Joan Tibbetts Sullivan, 72, a resident of Northborough for the last year and a 50-year resident of Fairfield, Conn., passed away peacefully on May 7, 2021 with family by her side.

Joan was the daughter of Donald C. Tibbetts and the late Lorraine (Corson) Tibbetts, born in Worcester and raised in Northborough. She graduated from the University of Massachusetts at Amherst; completed post-graduate work at Fairfield University and earned multiple professional certifications.

Joan served as the Director of Purchasing for the Town of Greenwich for 27 years and retired in 2017. Joan took great pride in her professional achievements and was known as a tough but fair negotiator, an iron fist in a velvet glove.

She enjoyed domestic and international travel, spending time with family and friends and collecting owls. A quote from Joan in a newspaper profile noted “I like owls because they represent knowledge.” She will be remembered as a fiercely loyal and loving daughter, sister, wife, mother and friend.

A private service will be held Thursday, May 13, from 10 a.m. to 12 p.m., at Chiampa Funeral Home in Shrewsbury, followed by interment at the Howard Street Cemetery. There are no calling hours.

The Sullivan and Tibbetts family would like to express our gratitude to Joan’s caregiver, Joan Campbell.