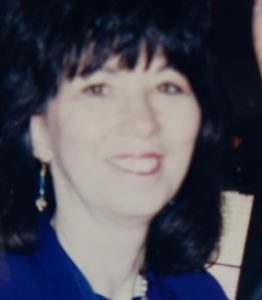 Grafton – Janet (Ure) Pratt, 74, of Grafton, died peacefully, surrounded by her loving family, after a long and courageous battle with Huntington’s disease on May 12, 2021. She had been a resident at the Westborough Beaumont Nursing Home since February 2018.

Janet was born on Oct. 17, 1946 in Somerville, the daughter of the late William Ure and Jeanne (Theriault) Ure. Her family moved to Westborough in 1955. Her sister, Jeanne Kamyck, and her brother, John Ure, predeceased her.

Janet leaves behind her beloved husband of 54 years, William H. Pratt of Grafton; daughter Denise (Pratt) Woodcock and her husband Raymond of Grafton; daughter Sandra (Pratt) Malone of Westborough; and her two grandchildren, Mark Allain of Westborough and Jessica Malone of Grafton. Janet also leaves her sister, Diane (Ure) Fernow and her husband Todd of Simsbury, Conn.; sisters Barbara (Ure) McGlinchy of Worcester and Karen (Ure) Bleakney of Westborough; sister-in-law Doreen Devlin of Hubbardston; and many nieces, nephews, and cousins.

Janet met the love of her life Bill when he was in the Navy with her cousin, Paul. Paul brought Bill home to visit one weekend and it was love at first sight. Together they surrounded themselves with love, family, and friends and they did everything together. They lived in Westborough until they moved to Grafton in 1997.

Janet was devoted to her family and friends. She was the oldest of six children and helped nurture her siblings throughout their lives. She continued with her generous spirit when she had her own family.

She and Bill were parents who volunteered for many things in their children’s lives such as traveling throughout the state with their daughter Sandy for swim meets; coaching Lassie League softball; and attending camping trips with the Girl Scouts.

Along with taking care of her family, she started her own printing business with her sister, Barbara. She joined the Women’s Network which was an organization run by women who ran their own businesses. She also was a member of the Chamber of Commerce.

Janet had a strong faith and was an active member of St. Luke’s Parish in Westborough including teaching CCD until moving to Grafton and joining St. Mary’s Parish.

Janet was a wonderful cook and enjoyed cooking the holiday meals, hosting holidays and parties both in Westborough and Grafton. She loved to camp with her family and friends. She enjoyed bowling in the Westborough Mixed League with her husband, playing tennis, playing softball, and playing cards.

She enjoyed yearly camping trips to Wells Beach, Maine with her family.

Janet was a crusader in the fight against Huntington’s disease. She faced the disease head-on and participated in research studies throughout her life. She was hopeful there would be a treatment for HD in her lifetime. She had a positive outlook on life, and she will be missed dearly.

Janet’s family would like to thank her devoted neurologist, Dr. Herminia Diana Rosas, and the staff at Mass General Neurology Department for 20 years of outstanding care as well as her two devoted PCAs, Hope O’Malley and Jamie LaPan, without which she wouldn’t have been able to stay home for as long as she did. Lastly, the family thanks the staff at the Westborough Beaumont Nursing Home and Salmon Hospice staff Vladia, Danette, Melinda, and Christine for the wonderful care she received while she was a resident.

All are welcome to gather with Janet’s family and friends on Monday May 17, from 10 a.m. to 12 p.m., at Roney Funeral Home, 152 Worcester St., North Grafton. Masks are still required. Services and burial will be private.

In lieu of flowers, the family requests that donations be made in Janet’s name to Mass General Hospital, Department of Neurology, Care of Dr. Rosas, 149 13th Street, Room 227S, Charlestown, MA 02129.