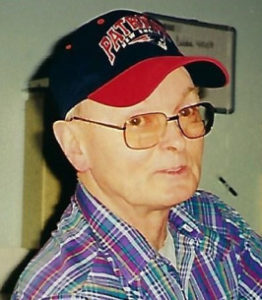 Shrewsbury – John J. “Jack” McCormick, 81, of Shrewsbury, passed away unexpectedly on May 12, 2021, at UMass Memorial Hospital – University Campus. He was the loving husband of the Mary V. (Roberts) McCormick, who passed in 2017.

Born in Cambridge, raised and educated in Shrewsbury, Jack was the only child of the late Francis B. McCormick and Louise K. (Snow) McCormick. After graduating from Shrewsbury High School, he enlisted in the U.S. National Guard to proudly serve his country. Jack then worked at Standard Sign in Clinton, and later, New England Envelope in Worcester, from which he retired.

He loved the New England Patriots, travelling the United States, but especially the East Coast, and was known for being just an overall “great guy.”

In lieu of flowers, memorial donations may be made to the National Multiple Sclerosis Society, 101A First Ave., Waltham, MA 02451 (www.nationalmssociety.org/donate).

Funeral services will be held privately for the McCormick family at Notre Dame Mausoleum in Worcester. The Britton-Shrewsbury Funeral Home is honored to be assisting with arrangements.