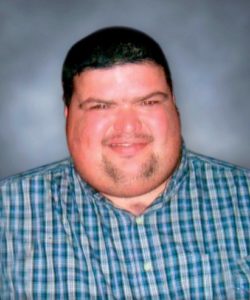 Hudson – Arsenio M. Figueiredo, 40, of Hudson, passed away peacefully on May 20, 2021 at UMass Medical Center in Worcester, surrounded by his loving family, after a period of declining health.

Arsenio was born on Dec. 23, 1980 in Santa Maria, Azores, Portugal, one of two sons of the late Jose Chaves Figueiredo and Maria P. (Batista) Figueiredo. He immigrated to Hudson along with his family in 1983, where he has resided for the past 37 years. Arsenio was raised in Hudson and attended Hudson High School. He was a caring person with a big heart, which was shared with his many close friends and family. Arsenio was an avid fisherman and as a true angler always looked for any opportunity to go fishing. He also enjoyed watching sports, especially hockey.

A period of visitation was held May 23 at Tighe Hamilton Regional Funeral Home of Hudson, immediately followed by a funeral service. Burial will be held at a later time.

In lieu of flowers, donations can be made to a charity of your choice.

Hudson Board of Health to discuss possible mask mandate in February

“Hudson deserves to have won ‘Best Main Street in the country'”