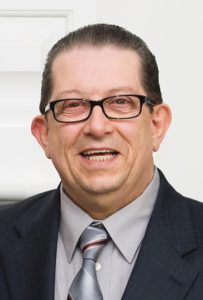 Hudson – Steven A. “Stevie” Letendre, 69, a longtime resident of Hudson, died peacefully on May 24, 2021 at his home in Hudson, surrounded by family. He was the beloved husband of Sherry (Hall) Letendre, with whom he had celebrated 49 years of marriage.

Born on Aug. 8, 1951 in Marlborough, a son of the late Rudolph T. and Claire (St. Hilaire) Letendre, he graduated from Hudson High School with the Class of 1969. Later, he continued his education at Newbury Junior College, where he earned a degree in management.

He enlisted in the Army on Jan. 14, 1971 and served honorably as a Specialist during the Vietnam War. He received the National Defense Service Medal, Vietnam Service Medal with two Bronze Service Stars, and the Republic of Vietnam Campaign Medal. He was a member of the DAV.

Steven retired a few years ago from Saint-Gobain in Northborough where he worked in Research and Development. Previously, he was employed for many years at the Digital/Intel plant in Hudson in the Fabrication/Lab areas, and at Valley Design in Westford. He was the sole proprietor of Steven and Son’s Tile Company in the early 1980s, specializing in ceramic tile and bathroom remodeling, and was a letter carrier at the Marlborough Post Office for 10 years.

He loved cooking, fishing, hunting, bowling and motorcycle riding with friends around New England. Stevie was a true people person who loved to keep in touch with family and friends.

Steven remained active after his retirement volunteering to pick up and deliver food from area supermarkets to the Hudson Senior Center and the Hudson Food Pantry. His final accomplishment was his term as President of the Meadowbrook Mobile Home Park in Hudson for the past two years, which was purchased by the residents of the park in 2018. He was proud of all the many projects he saw to completion and of all the great friendships he made along the way. He will be missed.

In addition to his wife, Sherry, he is survived by two sons, Daniel Letendre and his wife Tonya of Hudson and Kevin Letendre and his wife Whitney of Milford; seven grandchildren, Jacob Gera-Letendre, Nick McNamara, Miles Letendre, Edward Letendre, Hunter Letendre, and twins Remington and Kennedy Letendre; a sister, Janis Healy and her husband Frederick of Westford; two brothers, Mark Letendre and his wife Teresa of North Carolina and Brian Letendre of Hingham; a sister-in-law, Vera Knecht and her husband Dennis; and a brother-in-law, George Hall III all of Hudson. He also leaves many nieces, nephews, cousins, and friends. He was the father of the late Donna Marie Letendre, and son-in-law of the late George Jr. and Lillian Hall.

Friends will be received on Wednesday, June 2, from 5-7 p.m., at the Tighe-Hamilton Regional Funeral Home, 50 Central St., Hudson, followed by his funeral service at 7 p.m. Interment will be private.

In lieu of flowers, the family recommends making a donation in his memory to the Hudson Senior Center, 29 Church St., Hudson, MA 01749, or your local Food Bank.