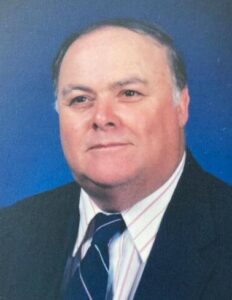 Southborough – Albert Charles Rouhan, 86, of Southborough, passed away on May 29, 2021 under the care of his loving family and Beaumont/Salmon Hospice. He was the beloved husband of Valerie (Wise) Rouhan since 1957.

He was the son of the late Margaret (MacKnight) of Belfast, Northern Ireland and Arthur Rouhan of London.

He was a talented soccer player and played in the minor leagues in London before his emigration to Canada and then to the U.S.A. As an avid fan of soccer and ice hockey, he coached the Algonquin Regional High School Soccer Team and the Southborough Town Hockey Team, where he helped develop the skills of the town’s youths.

In addition to his wife, Al is survived by his children, Timothy Rouhan of Southborough and Kerry Haley and her husband Bryan of Shrewsbury; five grandchildren, Kristen Merloni Loik and Jeffrey Merloni, and Kara, Megan and Bryson Haley; a brother-in-law, Ed Banhan of Kent, England; a nephew, David Banhan; and two nieces, Verity Banhan and Grace Acheson. Al was predeceased by his daughter, Heather Meloni; his brother, Lawrence Acheson; and his sister, Margaret Banhan.