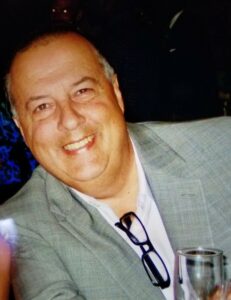 Northborough – Paul W. Giancola, 73, died on June 3, 2021 after a period of failing health. He was the husband of Ellen “Ellie” (Phillipo) Giancola of Northborough. They were married for 50 years.

He was born in Marlborough, the son of the late Dante and Constance “Connie” (Carbone) Giancola, and lived in Marlborough all of his life until moving to Northborough three years ago.

Paul was a veteran of the Army National Guard. He worked as a technical recruiter for Tech Aid Inc., retiring in 2012.

He was an avid golfer and loved his trips to Foxwoods. He was a member of the Italian American Club and the American Legion in Marlborough.

Besides his wife, he is survived by two daughters, Heidi McManus and her husband Pat of Northborough and Lori Ryder and her husband Rob of Holden; three grandchildren, Jordyn and Haley Roy and Chase Pepper; two brothers, Richard Giancola and Stephen Giancola, both of Marlborough; his beloved dog, Clancy; and many nieces and nephews. He was predeceased by his grandson, Ethan Pepper, who passed away 2020.

In lieu of flowers memorial contributions can be made to the Dana Farber Cancer Center at https://danafarber.jimmyfund.org.