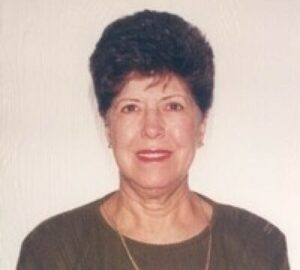 Hyannis – Rose (Morano) Quercio, 89, of Hyannis, formerly of Shrewsbury, passed away peacefully at home on June 2, 2021.

Rose was born in Worcester, a daughter of the late Domenico and Maria (Mascia) Morano. She graduated from Commerce High School and later attended Quinsigamond Community College and Worcester State College. Rose was a longtime resident of Shrewsbury until moving to Hyannis to be closer to her daughter eight years ago.

She worked as the head clerk at North High School for 22 years, retiring in 1997. Previously, she was a private secretary for Dr. Baron Berkovitz who invented the first pacemaker at the American Optical Lab in Southborough. She was the Office Manager for seven years at the Trans Am Company. She also worked in advertising at Pacific Tel & Tel in Hollywood, Calif.

Rose was a member of St. Anne’s Church in Shrewsbury and the Beato Angelo de Acri Society for many years. In her spare time, Rose loved dancing and spending time on the beach with her family.

Rose’s husband of 62 years, Dante J. Quercio, passed away on Oct. 28, 2011. She is survived by her daughter, Maria Quercio and her partner Jane Saunders-Mills of Hyannis, with whom she lived; her former daughter-in-law, Elaine Ettenberg and her husband Peter Ettenberg of Holden; a brother, Peter Morano and his wife Barbara of Worcester; three grandchildren, Jamie M. Quercio of Worcester, Dante A. Quercio, and Marisa Dailey and her husband Ryan, all of Holden; four great-grandchildren, Nicholas Codner, Seamus Quercio, and Ella and Keira Dailey; and many nieces and nephews. She was predeceased by two sons, Dante F. Quercio in 2018 and Peter Quercio: two brothers, Anthony and Michael Morano; and a sister, Philomena Tononi.

Services for Rose were held June 8 from the Mercadante Funeral Home & Chapel of Worcester, with a Mass of Christian Burial at St. Anne’s Church of Shrewsbury. Entombment followed in Saint John’s Cemetery of Worcester.

In lieu of flowers, memorial contributions can be made to: MSPCA Cape Cod, 1577 Falmouth Rd., Centerville, MA. 02632.