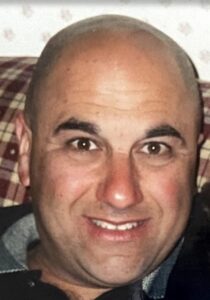 Southborough – Fredrick Albert Mabardy, 66, of Southborough, passed peacefully in his home on June 9, 2021 with his wife by his side, after a courageous battle with cancer. He was the beloved husband and partner of Kim (Martin) Mabardy for over 24 years.

Throughout his lifetime, Fred was known for his strong work ethic. He worked as a heavy-hauler and rigger for O.B. Hill until 1986 then transitioning to owning and operating F.P. Mabardy Concrete Cutting for the last 35 years. He had a great interest in firearms and owned and operated a mobile firearms trailer, leading classes at MIT, West Point, as well as several other local police departments, where he was the armorer.

Fred proudly served the town of Southborough as a Reserve Officer and firearms instructor for the Southborough Police Department for over 40 years. He was an active member of the community, organizing a bulletproof vest drive in 2006, of which 300 vests were sent overseas to soldiers in Iraq.

Fred, known affectionately to many as “Freddy,” was an avid car and motorcycle collector. He could be found frequenting local car shows, often with an ice cream in hand. Fred was a lover of scratch tickets, country music, and a fan of a good spaghetti and meatball dinner. He was most comfortable at home on his favorite chair watching the Rifleman.

Because of Fred’s love of his dogs, memorial contributions may be sent in Fred’s memory to Baypath Humane Society, 500 Legacy Farms N, Hopkinton, MA 01748 or an animal shelter of your choice.

To leave words of condolence to the family, please visit www.morrissouthboroughfuneral.com.