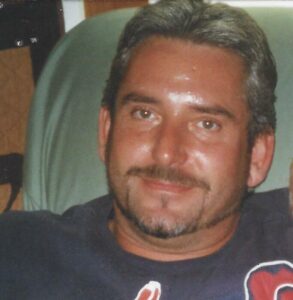 Boxboro – Anthony Michael “Mike” Kurgan III, of Boxboro, formerly of Hudson, passed away peacefully, with his family by his side, at Emerson Hospital on June 6, 2021 after a period of declining health.

Mike was born in Marlborough on July 27, 1970, the eldest of three sons of Anthony M. Kurgan Jr. and Josephine (Sutcliffe) Kurgan. He was raised in Hudson, where he graduated from Assabet Valley Technical High School, where began his career as an electrician.

Mike had many hobbies and interests, many of which included watching and playing sports locally throughout the years. He was an avid golfer and a member of the Berlin Country Club and a competitive dart player in local leagues. He also enjoyed playing touch football, boating, and fishing. Most of all, he loved spending time with his two children, Katarina and Mitchell of West Boylston, as well as his two brothers, Chris and Peter. Mike is survived by his partner, Ashley Duschene, and brother, Peter, all of Hudson.

Relatives and friends are invited to a period of visitation on Friday, June 25, from 3-5:30 p.m., at the Tighe Hamilton Regional Funeral Home, 50 Central St., Hudson, followed by a memorial service at 5:30 p.m. at the funeral home.

Refreshments to be served at the Hudson Lodge of Elks #959, 99 Park St., Hudson, following the service at Tighe Hamilton Funeral Home.

In lieu of flowers, memorial donations can be made c/o Anthony Kurgan, 9 Ridge Rd., Hudson, MA 01749  to Mike’s children, in the name of M. & K. Scholarship Fund.