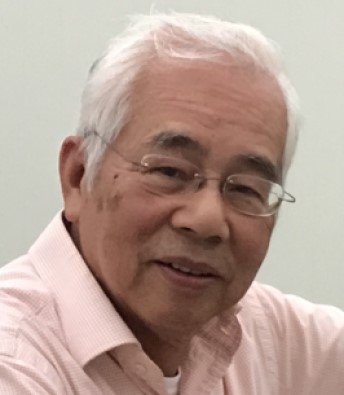 Northborough – Thomas Y. Yu, 79, a beloved husband, father and grandfather, passed away peacefully in his home on June 17, 2021 while surrounded by the love of his family.

Thomas was born in Guangdong Province, China on June 6, 1942, a son to the late Raymond Yu and Mee Kueng SooHoo. He spent his childhood in Hong Kong prior to relocating to the United States.

With a passion for the newly emerging technology, Tom focused his education in Computer Science. He studied at University of Hartford prior to being awarded a Master’s in Computer Science from W.P.I. Tom would go on to work as a software engineer for his entire career, retiring in 1999.

It was during a visit to a local restaurant in Connecticut that Tom first saw a beautiful young girl by the name of Mary Wong; he knew right then and there he had to buy her a diamond! This was the beginning of a wonderful love story that spanned over a half of a century. In 2020 Tom and Mary marked their 50th year of marriage; 45 of which they resided in Northborough. Tom, alongside Mary, was a longtime parishioner of Saint Rose of Lima Parish.

Tom enjoyed playing golf and in earlier years, basketball. Trips to the casino for a game of Blackjack was considered a favorite pastime, also. Above all, Tom looked forward to being with his family. Tom was a loving husband, father and grandfather, taking pride in his family and ensuring they had the tools to be successful. He looked forward to spending time with them be it on the beach, on a cruise or vacation or just hanging out, Tom instilled the importance of enjoying the time given. Most recently, Tom was able to bring his family to China where together they visited and explored the home and village where he spent his childhood.

In addition to his beloved wife, Mary, Tom is survived by a son, Steven Yu and his wife Iwona of Leesburg, Va., and four grandchildren with whom he shared a special bond, Steven, Nathan, Alexis, and Ethan. Tom also leaves a brother, Ken Yu of Burlington; a sister, Rosanna Ho and her husband Francis of San Francisco, Calif.; two nieces, Karen Yu and Karmine Yu; and three nephews, Gary Yu, Simon Ho, and Andrew Ho. Tom was preceded in death by his son, Jeffrey, in 1999 and by his sister-in-law, Lisa Yu, in 2010.

To leave a condolence for his family, please visit www.HaysFuneralHome.com.